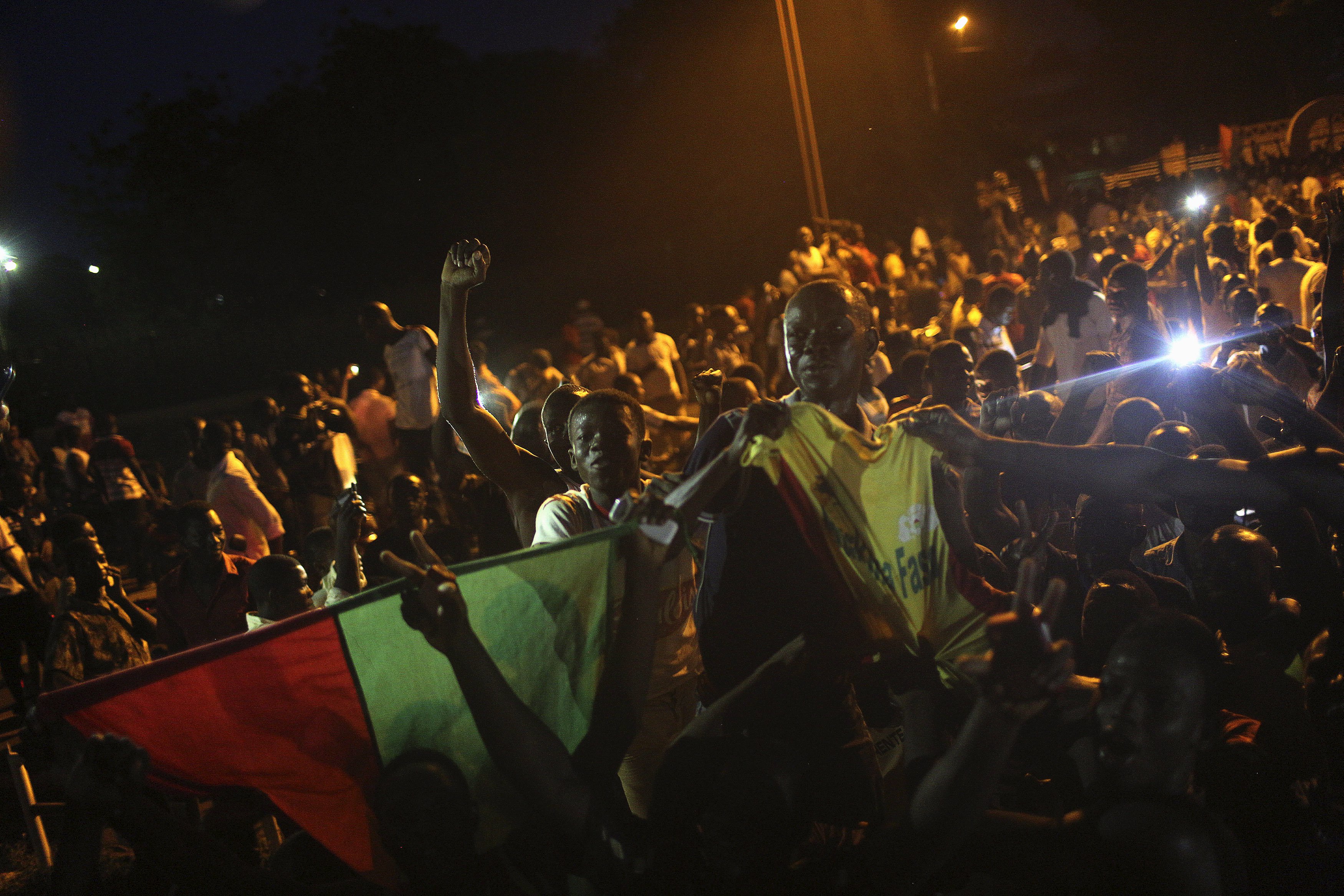 Burkina Faso putschists freed the president and the prime minister today after the army entered the capital to negotiate their surrender, but the coup leader called for the troops to leave the city.

Witnesses said cheering crowds greeted the military units along their march to the capital days after the coup launched on October 16 by elite troops loyal to ousted president Blaise Compaore.

“All units (of the army mobilised on Monday to march on the capital) reached Ouagadougou” overnight, Colonel Serge Alain Ouedraogo, deputy head of the Burkinabepolice, told AFP. “We must nowsecure the surrender of the (coup leaders) without gunfire or bloodshed,” he said.

With domestic and international pressure growing on the coup leaders to lay down their arms, they freed the country’s interim president and prime minister, whose seizure on Wednesday kicked off the putsch.

French ambassador Gilles Thibault tweeted that interim president Michel Kafando, who had been under house arrest, was now “at the French residence”.

And a police source and a member of interim prime minister Isaac Zida’s entourage told AFP that Zida, held at the presidential palace since the coup, had been allowed to return to his official residence.

But coup leader General Gilbert Diendere, head of the powerful RSP presidential guard regiment, called for the regular army to go. “We are continuing discussions to make them leave,” he told AFP, adding that soldiers who had entered the capital “have been negatively influenced by certain people. They have been misinformed.”

Soldiers from the powerful RSP loyal to Compaore detained the interim leaders on Wednesday, plunging Burkina Faso into turmoil just weeks ahead of an election planned for October 11.

The RSP, a unit of 1,300 men, officially declared a coup the following day and installed Diendere, aclose Compaore ally, as the country’s new leader.

At least 10 people were killed and more than 100 injured in protests sparked by the coup, ahead ofwhat would have been the firstelections since Compaore wasousted in a popular revolt last October after trying to extend his 27-year grip on power.