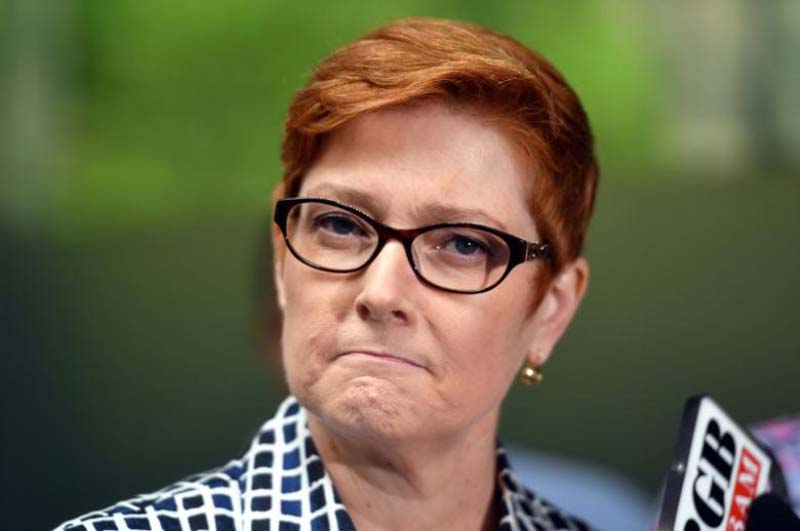 Australian Defence Minister Marise Payne in Sydney, Australia, on January 5, 2017. Photo: AAP/Mick Tsikas/via Reuters/File
SYDNEY: Australia will send an additional 30 troops to join the NATO-led training and assistance mission in Afghanistan, bringing its total deployment there to 300, Defense Minister Marise Payne said on Monday. NATO requested more troops last month as US President Donald Trump considers whether to expand the operation by several thousand, 16 years into the seemingly intractable war against the Taliban and other Islamist militants. Australia is not a member of NATO but is a staunch US ally and has had troops in Afghanistan since 2002. "These additional (Australian Defence Force) members will allow Australia to commit additional advisers to further develop the long-term capabilities of the Afghan security forces, as part of our current train, advise and assist mission," Payne told a Senate committee. In February, US General John Nicholson, the commander of NATO's Resolute Support mission, requested several thousand more international troops to break a stalemate against the Taliban, the remnants of al Qaeda, Islamic State and other Islamist groups. Trump's administration is yet to respond to the request but has increased bombing missions in Afghanistan. The NATO force currently stands at about 15,000 troops, including about 8,400 US military personnel. Taliban forces increased their attacks in recent weeks before the Muslim fasting month of Ramadan, with a string of strikes in Kandahar, Paktia, Helmand and other provinces.
#Australia #defence minister #US President Donald Trump #NATO's Afghanistan mission #troops addition #Marise Payne #US General John Niholson
You May Also like: