Cyclone Fani kills at least 12 in India before swiping Bangladesh 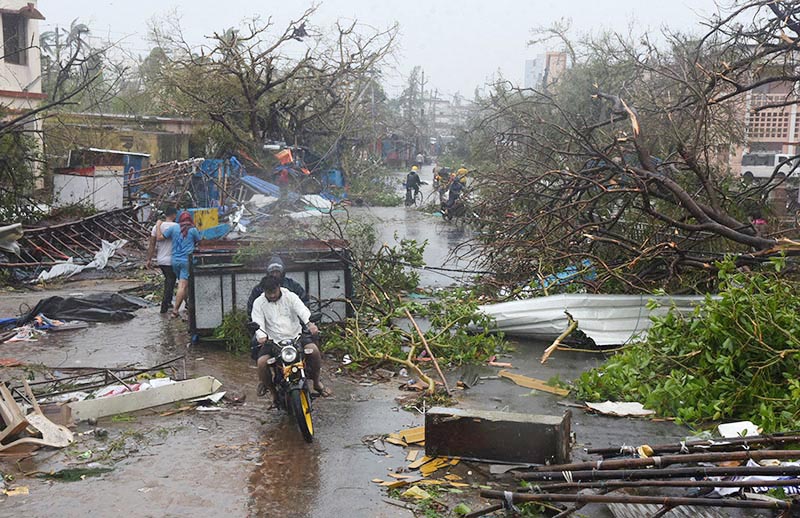 People move through debris on a road after Cyclone Fani hit Puri, in the eastern state of Odisha, India, on Friday, May 3, 2019. Photo: Reuters
BHUBANESWAR, INDIA/DHAKA: The strongest cyclone to hit India in five years killed at least 12 people in eastern Odisha state, before swinging north-eastwards into Bangladesh on Saturday where more than a million people have been moved to safety. Having hit land, tropical cyclone Fani had lost some of its power and was downgraded to a 'Deep Depression' by the Indian Meteorological Department. A storm surge still breached embankments to submerge dozens of villages on Bangladesh's low-lying coast, a disaster ministry official in Dhaka said. About 1.2 million people living in the most vulnerable districts in Bangladesh had been moved to some 4,000 shelters. The storm destroyed several houses in the Noakhali district, where a two-year-old child was killed and about 30 people were injured, local official Tanmoy Das told Reuters. In India, authorities were assessing the casualties and damage left behind by cyclone Fani, which had spent days churning slowly, building power over the northern reaches of the Bay of Bengal before tearing into Odisha. Indian media reported that at least 12 people had died across the state, with most deaths caused by falling trees, but a mass evacuation of 1.2 million people in the 24 hours before the tropical cyclone made landfall averted a greater loss of life. 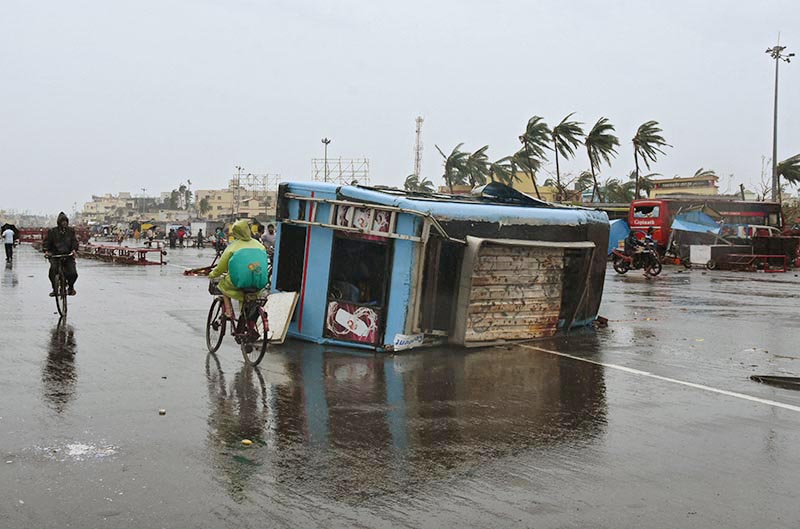 People move past a damaged vehicle after Cyclone Fani hit Puri, in the eastern state of Odisha, India, on Friday, May 3, 2019. Photo: Reuters 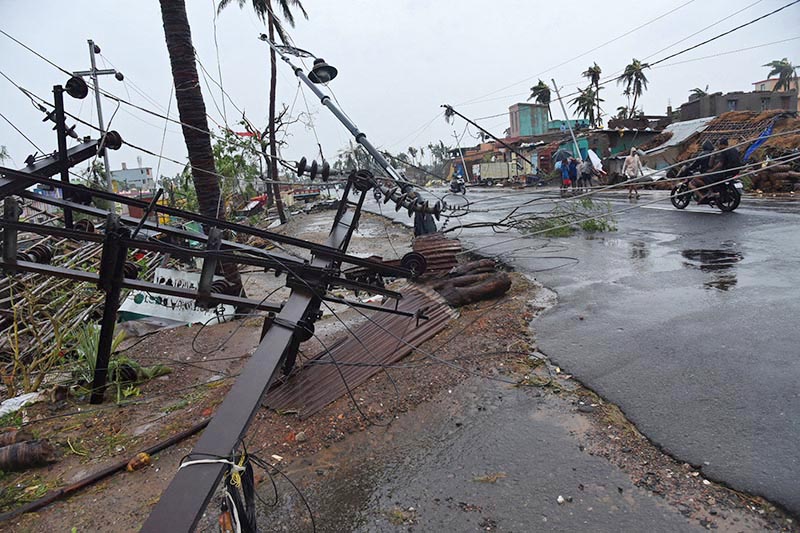 Fallen utility poles are pictured after Cyclone Fani hit Puri, in the eastern state of Odisha, India, on Friday, May 3, 2019.Photo: Reuters
The seaside temple town of Puri, which lay directly in the path of Fani, suffered extensive damage, as winds gusting up to 200 kph (124 mph) tore off tin roofs, snapped power lines, and uprooted trees on Friday. "Destruction is unimaginable... Puri is devastated,” Odisha's Special Relief Commissioner Bishnupada Sethi told Reuters, adding that 116 people were reported injured across the state. Video footage taken from an Indian navy aircraft showed extensive inundation in areas around Puri, with wide swathes of land submerged in the aftermath of the storm. At least six people died in Bhubaneswar, Odisha's state capital, where fallen trees blocked roads and electricity supply was still to be fully restored. Ashok Patnaik, director of Capital Hospital, one of the largest state-run hospitals in Bhubaneswar, said four people were received dead on Friday and two on Saturday. "All are cyclone related," he said. Bhubaneswar airport suffered considerable damage, but would re-open on Saturday afternoon, India's aviation ministry said. Shelters were set up in schools and other safe buildings to accommodate the evacuees, who included scores of tourists. Neighbouring West Bengal state escaped substantial damage, but authorities moved nearly 45,000 people to safer locations. The cyclone season in the Bay of Bengal can last from April to December. In 1999, a super-cyclone battered the coast of Odisha for 30 hours, killing 10,000 people. But since then, technology advances have helped weather forecasters track the cyclones more accurately, giving authorities more time to prepare, and a mass evacuation of nearly a million people saved thousands of lives in 2013.
#Bangladesh #India cyclone #cyclone fani #strongest cyclone #Odisha state #India storm
You May Also like: