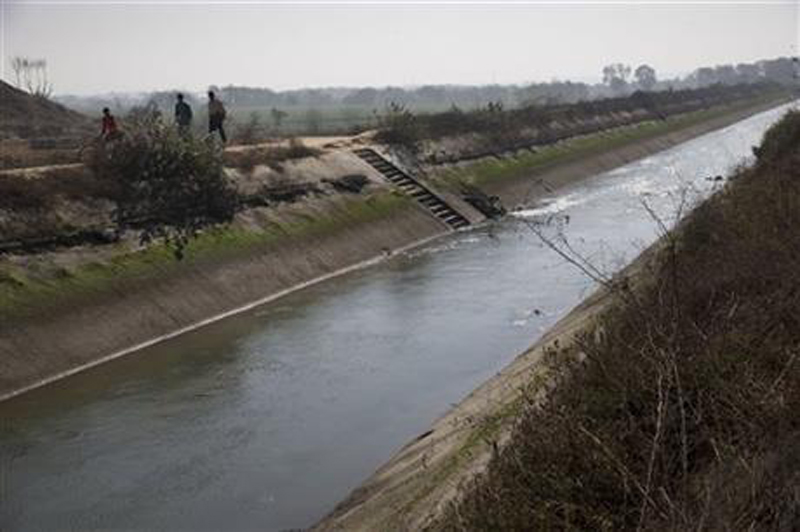 Villagers walk next the Munak canal, near the village of Bindroli, India, Monday, Feb. 22, 2016. Fears of a water crisis in the Indian capital eased Monday with security forces securing a canal in Haryana, which provides 60 percent of its water needs. AP

Partial water supplies were restored in northern and central parts of New Delhi, and will hopefully reach western neighborhoods by Tuesday evening, said Delhi's water minister, Kapil Mishra. In the meantime, he said, 70 water tankers have been sent to western areas of the city.

The destruction of the Munak canal link by protesters in the state of Haryana has focused attention on New Delhi's precarious water supply. The canal, which channels water from north Indian rivers, accounts for about 60 percent of the city's water supply. Another 25 percent comes from groundwater, while the polluted Yamuna River supplies about 12 percent.

Yet even when the Munak canal flow is unimpeded, the overall water supply to New Delhi is not enough to meet its needs.

#New Delhi #protesters #India canal
You May Also like: