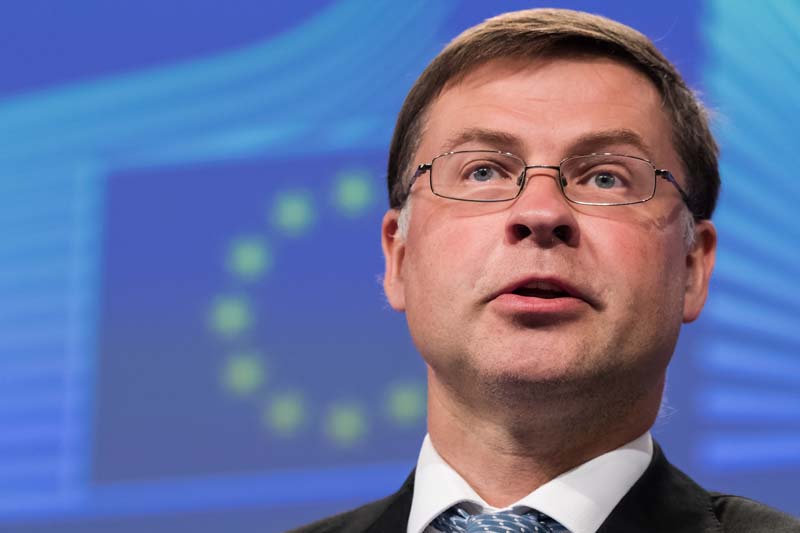 File- European Commissioner for Euro and Social Dialogue Valdis Dombrovkis addresses the media at EU headquarters in Brussels, on July 27, 2016. Photo: AP
BRUSSELS: The European Union has set new deadlines for Spain and Portugal to bring their budget deficits into line after both countries escaped fines for failing to rein in spending. EU headquarters said Tuesday that "Portugal is now required to correct its deficit by 2016 and Spain by 2018 at the latest." The dates had been proposed by the executive Commission and officially approved Tuesday by all EU states. The two countries must submit a report by October 15 on how they plan to bring their deficits under the EU ceiling of 3.0 percent of gross domestic product. Portugal expects its deficit will fall from 4.4 percent of GDP last year to 2.2 percent this year. Last year's deficit in Spain, where inconclusive elections have caused political paralysis, was 5.1 percent.
#European Union #Portugal #Spain #EU states
You May Also like: