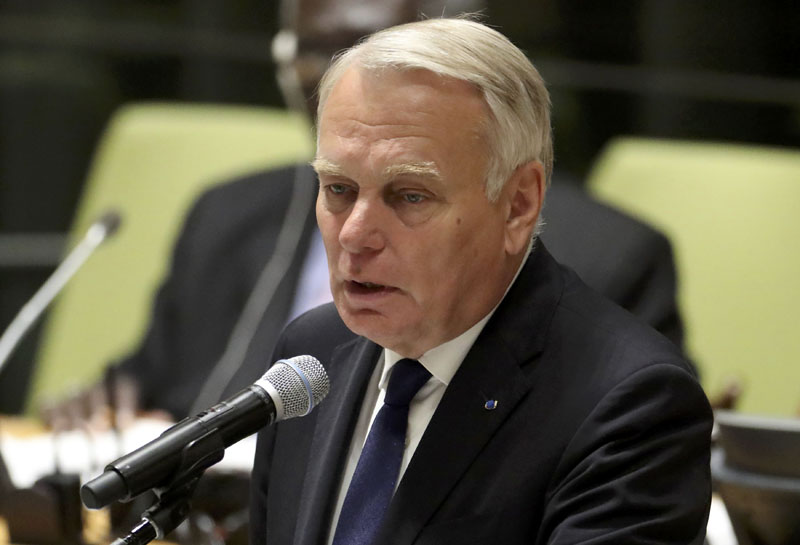 France's Minister for Foreign Affairs Jean-Marc Ayrault speaks during a high-level meeting on addressing large movements of refugees and migrants at the United Nations General Assembly in Manhattan, New York, US, on September 19, 2016. Photo: Reuters
France condemned the bombing on Saturday of a hospital in Aleppo, saying the shelling of healthcare structures and personnel in the besieged Syrian city constituted war crimes. "Their perpetrators will be held to account," Foreign Minister Jean-Marc Ayrault said in a statement. "France is mobilizing at the Security Council as we speak to put a stop to this unacceptable tragedy," he added.
#France #Russian warplanes #Jean-Marc Ayrault #M10 #Aleppo hospital bombing
You May Also like: