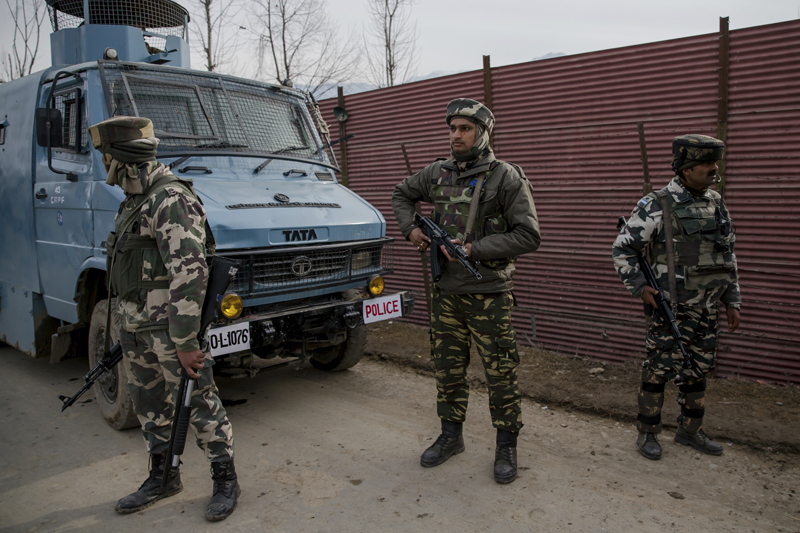 Indian paramilitary soldiers stands guard outside a base camp near the site of a gun battle with suspected rebels in Hajin Village some 38 kilometers (23.75 miles) northeast of Srinagar, Indian controlled Kashmir, Tuesday, Feb. 14, 2017. Photo: AP
SRINAGAR: The Indian army says three soldiers and a militant were killed in a gunbattle in the Indian-controlled portion of Kashmir. Col. Rajesh Kalia says the army launched an operation Tuesday to flush out militants from a northern village following a tip that some rebels were hiding there. He says soldiers had cordoned off Hajin village when a fierce gunbattle broke out in which three soldiers and a rebel were killed. At least five other soldiers, including an army officer, were wounded in the firefight. There was no independent confirmation of the incidents. Rebel groups in Indian-controlled Kashmir have been fighting for independence or a merger with Pakistan since 1989. More than 68,000 people have been killed in the fighting.
#Pakistan #India #Kashmir #Indian Army #India-Pakistan #Kashmir gunbattle #LOC #POK
You May Also like: