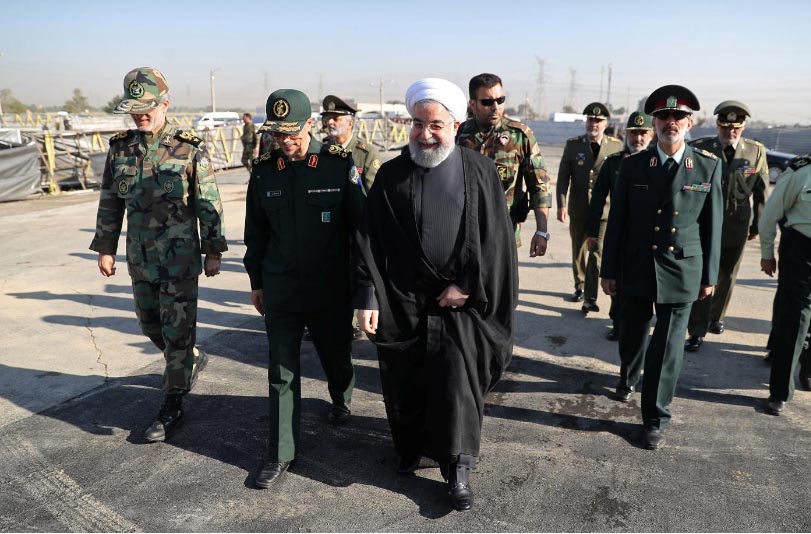 DUBAI: Iran has successfully tested a new ballistic missile with a range of 2,000 km (1,200 miles) which it displayed at a military parade on Friday, state media reported on Saturday.

The test-firing of the Khorramshahr missile, which Iran said could carry several warheads, is likely to raise concerns in Washington.

State broadcaster IRIB carried footage of the missile test without giving its time and location, including video from an on-board camera which it said showed the detachment of the cone that carries multiple warheads.

“You are seeing images of the successful test of the Khorramshahr ballistic missile with a range of 2,000 km, the latest missile of our country,” state television said.

The Khorramshahr missile was first displayed at a military parade on Friday, where President Hassan Rouhani said Iran would strengthen its missile capabilities without seeking any country’s permission.

At the UN General Assembly on Tuesday, Trump said Iran was building its missile capability and accused it of exporting violence to Yemen, Syria and other parts of the Middle East.

He also criticized the 2015 pact that the United States and other world powers struck with Iran under which Tehran agreed to restrict its nuclear program in return for relief from economic sanctions.

The United States has imposed unilateral sanctions against Iran, saying Tehran’s ballistic missile tests violated a UN resolution that endorsed the nuclear deal and called on Tehran not to undertake activities related to ballistic missiles capable of delivering nuclear weapons.

Iran denies its missile development breaches the resolution, saying the missiles are not designed to carry nuclear weapons.