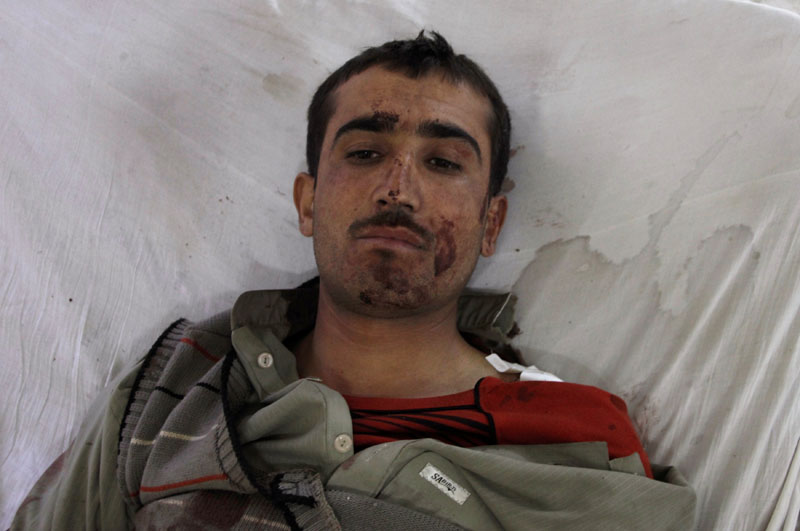 A police cadet from the Police Training Center lies in the hospital after being injured after an attack on the center in Quetta, Pakistan, on October 25, 2016. Photo: Reuters

ISLAMABAD: Militant group Islamic State on Tuesday claimed responsibility for an attack on a police academy in the Pakistani city of Quetta, in which masked gunmen killed at least 59 people and wounded more than 100.

The attack was carried out by "Islamic State fighters", the group's Amaq news agency said.

In August, Islamic State claimed responsibility for an attack on a gathering of mourners at a hospital in Quetta that killed 70 people. But that attack was also claimed by Pakistani Taliban faction Jamaat-ur-Ahrar.