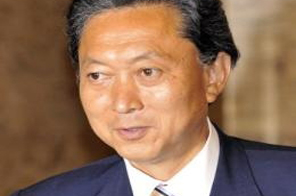 TOKYO: The Democratic Party of Japan neared an agreement with two smaller parties Thursday on launching a coalition to push aside the outgoing Liberal Democrats, rein in the national bureaucracy and set a new course for the world's second-largest economy.
Yukio Hatoyama, who heads the Democratic Party of Japan and is expected to be installed as prime minister on Sept. 16, met with members of the smaller parties and officials said they were near a consensus on policy issues.
Though the Democrats won an overwhelming majority in the lower house, the victorious party is expected to launch a coalition government as it lacks a simple majority in the upper house of parliament. The Democrats hold 117 of the 240 seats in the upper house.
Japanese media said Thursday the Democrats have agreed with the two smaller parties on issues ranging from swine flu measures to child care and holding back on raising the national sales tax.
The party won 308 of the 480 seats in the powerful lower house of parliament in Sunday's elections. The landslide victory ended decades of rule by outgoing Prime Minister Taro Aso's Liberal Democratic Party.
"We are continuing our talks. We hope to reach an agreement by later this week in a bid to launch a coalition government," said Yuji Katagiri, a spokesman at the People's New Party, a small opposition party, which joined coalition talks with Hatoyama's party and another smaller party, the Social Democratic Party.
An official at the Democratic Party declined to give details.
Foreign policy remains an issue, according to the Asahi, a major daily newspaper.
On Thursday, Hatoyama assured President Barack Obama that the U.S.-Japan security alliance remains the "foundation" of Japan's foreign policy. He has raised concern in Washington that Japan's new government will focus more on Asia and may try to distance itself from the United States.
"The talks were cordial," Hatoyama told reporters Thursday. "I think we will have good relations."
During the campaign, Hatoyama said he would end Japan's refueling operations in the Indian Ocean in support of U.S. troops in Afghanistan. He later toned down his rhetoric, insisting the U.S.-Japan alliance is vital to Tokyo's foreign relations.
But the Social Democratic Party, an expected coalition partner, is strongly against the refueling mission, and is calling for an immediate end to the support.
The Asahi said if Hatoyama's party went ahead with forming a coalition with the Social Democratic Party, it could face friction over diplomacy and security issues.
Later in the day, Hatoyama was to meet with U.S. Ambassador to Japan John Roos at the party's headquarters. Roos is the first foreign ambassador to hold talks with Hatoyama since Sunday's election.
On domestic issues, the Democrats will have to deal with Japan's highest unemployment rate since World War II _ at 5.7 percent _ and have vowed to shift the focus of economic policies from the Liberal Democrats' Big Business orientation to one that centers more on consumers and families.
They have also promised to limit the influence of the country's vast and deeply entrenched national bureaucracy, which often writes and formulates the policies of the country and enjoys a strong influence over setting the national agenda.
"While Hatoyama repeatedly said he would end bureaucrat-led politics, this is not an easy thing to do," said Yoshinobu Yamamoto, political science professor at Aoyama Gakuin University. "To implement government policies, Hatoyama will need their vast expertise and experience. Without their policy expertise and cooperation, he won't be able to carry out any government measures."