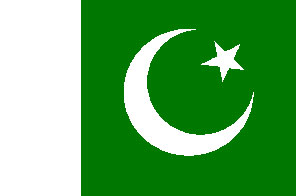 Seven children, four women and two men are among those whose bodies have been recovered from the mud and buried, officials said.

"Thirteen people were buried today. We have reports that dozens of others are missing. It seems there is no chance of their survival," police official Zaid Ullah told AFP by telephone from Hunza district in Gilgit Baltistan.

"The landslide swept away the entire Atabad village. There were some 30-35 families living in this village," he said.

The landslide also damaged two kilometres (one mile) of the Karakoram highway, which leads to the Chinese border, halting traffic on the road.

Authorities have declared an emergency, but 24 hours after the incident, hopes were wearing thin among rescue workers of finding any survivors.

"Some 20 to 25 people are missing. There is no chance of their survival. Those who are buried, are dead," Bahader Hussein, another police official told AFP by telephone.

#Pak landslide kills 13 #dozens missing
You May Also like: