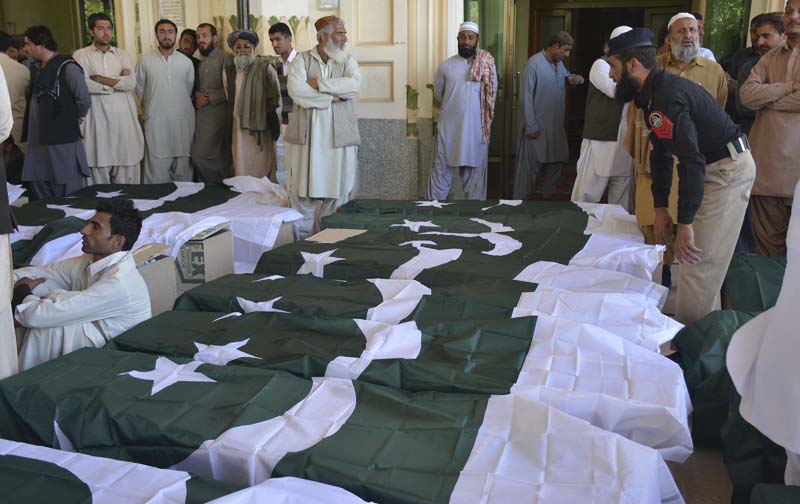 People wait to carry the bodies of their family members who died in an attack on the Police Training Academy, in Quetta, Pakistan, on Tuesday, October 25, 2016. Photo: AP
QUETTA: Pakistan's city of Quetta is in shutdown following a militant rampage at a police academy this week and funerals are underway as families bury some of the 61 people killed in the attack.
The brazen assault, in which police cadets jumped from windows and rooftops, fleeing for their lives, and troops battled the attackers for four hours, was one of the deadliest attacks on Pakistan's security forces in recent years. Most of the victims were young cadets and police trainees, in their early 20s. In conflicting claims, an Islamic State affiliate and a Taliban splinter group both said they were behind the attack. Quetta trade leader, Abdur Rahim Kakar, says all businesses and offices were closed in the city on Wednesday. Police spokesman Shahzada Farhat says an investigation is ongoing.