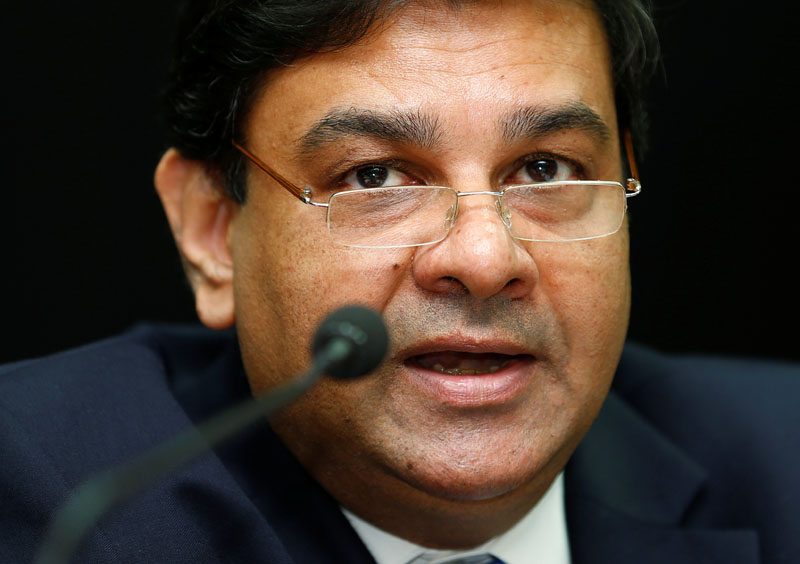 Reserve Bank of India (RBI) Deputy Governor Urjit Patel attends a news conference after the bi-monthly monetary policy review in Mumbai, India, on August 9, 2016. Photo: Reuters
MUMBAI/NEW DELHI: Reserve Bank of India(RBI) governor Raghuram Rajan welcomed on Friday the appointment of Urjit Patel as his successor, calling him a close ally and saying it would ensure continuity in meeting the country's inflation objectives. Patel, currently a deputy governor at the RBI, was named by the government this month to replace Rajan at the helm of the central bank on September 4. The future RBI governor is widely seen as closely aligned to Rajan, who was hailed by investors for cutting inflation in half during his three-year tenure after introducing a target that aims to keep consumer prices rising at 2-6 percent. Patel, who prefers a lower profile, headed the committee that unveiled that target and is one of the architects of the creation of a yet-to-be-named six-member monetary policy committee that will set interest rates. "I am confident that Dr Urjit Patel, who has worked closely with me on monetary policy for the last three years, will ably guide the Monetary Policy Committee going forward in achieving our inflation objectives," Rajan said in a speech to market participants in Mumbai. The remarks were the first to address the appointment of his successor. Rajan added he had "no doubt that inflation will fall in the months ahead", after consumer prices rose 6.07 percent in July. That is above the RBI's inflation target and also above his personal aim to bring down inflation to around 5 percent by March 2017. The RBI will next hold its policy review on October 4 in what would mark Patel's debut, though the government has not said whether a monetary policy committee - to be made up of three officials named by New Delhi and three RBI representatives - will be established by then. In the speech, Rajan focused on the market reforms the RBI has unveiled since he joined in 2013, when India was mired in its worst currency crisis in more than two decades. He acknowledged the RBI had proceeded cautiously, saying his priority had been to navigate India through a period of great market turmoil. Rajan reiterated his caution about issuing a dollar-denominated bond abroad for the first time, given the "currency risk" involved, while also expressing misgivings about allowing rupee-denominated securities to trade abroad. But he strongly endorsed the raft of reforms unveiled by India's central bank on Thursday to deepen the country's corporate bond markets as being the right form of slower developments. "Observers may be impatient, but my belief is that steady and irreversible reform and 'mini bangs' like yesterday’s rather than 'Big Bang' is the need of the hour. As global conditions become less uncertain, the pace of reform can pick up."
#India #Reserve Bank of India #Raghuram Rajan #Urjit Patel #India RBI Governer
You May Also like: