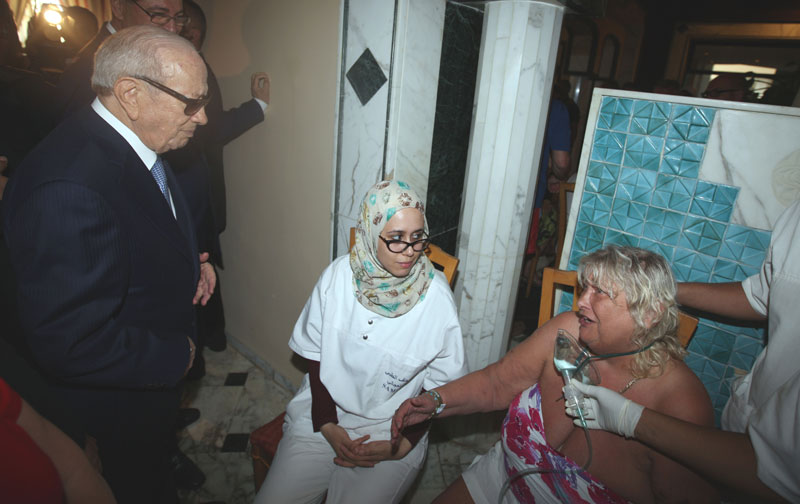 TUNIS: Tunisia's president declared a state of emergency on Saturday, more than a week after a gunman at a popular resort attacked foreign tourists on the beach, killing 38 people. It was not immediately clear why President Beji Caid Essebsi decided to declare the state of emergency, or what it would entail. The state news agency said the president would address the nation later in the day. Thirty of the 38 dead in the Tunisian resort of Sousse were British tourists. The gunman was killed by police and the Islamic State group claimed responsibility for the massacre, a blow to Tunisia's budding democracy and tourism industry. Tunisia's government has promised new laws to increase police powers and provide for harsher penalties for terrorism convictions. Immediately after the attack, the prime minister pledged to post armed guards at tourist sites and close mosques outside government control.