US calls release of China dissident 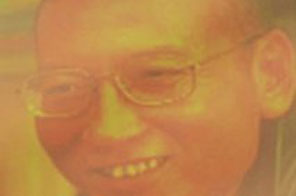 BEIJING: The United States said it was "deeply disturbed" by the reported arrest of Chinese dissident Liu Xiabo and called for his release amid a mounting chorus of condemnation.

"The US government is deeply disturbed by reports that Liu Xiaobo has been formally arrested and charged with serious crimes," Richard Buangan, a spokesman for the US embassy in Beijing, told AFP.

"We call on the government of China to release Mr. Liu and respect the rights of all Chinese citizens who peacefully express their desire for internationally recognised freedoms."

Liu, who was jailed previously for his involvement in the 1989 Tiananmen Square pro-democracy movement that was crushed by the army, has long campaigned through his writings for human rights, democracy and the rule of law in China.

He was taken into custody in December after signing Charter 08, a manifesto signed by hundreds of intellectuals, scholars and dissidents calling for political and legal reforms and respect for human rights.

The reaction from the United States followed criticism of the reported arrest by US House speaker Nancy Pelosi on Wednesday.

"The decision by the Chinese government to formally arrest Liu Xiaobo deserves the full condemnation from the international community," said Pelosi, who is second in line for the presidency after US Vice President Joe Biden.

"Liu?s arrest for peacefully criticising his government and advocating for human rights violates provisions in China?s constitution as well as international human rights standards," Pelosi added in a statement.

Ding Zilin, a 72-year-old retired professor whose son was killed in the 1989 Tiananmen crackdown, said the government had arrested a "moderate and rational" writer, in a statement released by New York-based Human Rights in China.

"If the often avowed... 'rapidly emerging', 'great nation' and 'superpower'... cannot tolerate a mere scholar like Liu Xiaobo, this is a clear enough indication that the regime of (President) Hu Jintao and (Premier) Wen Jiabao has already shut tight the door to so-called 'political reform,' she said.

"(It has) completely blocked China's path toward democracy and constitutional rule, let alone freedom of speech," she added in the statement co-written by her husband Jiang Peikun.

"But it also misses an opportunity to show the outside world that the government is confident enough to tolerate thoughtful and peaceful domestic criticism," he said in an emailed statement.

Buangan said the United States had raised its concerns about Liu's status and whereabouts repeatedly both in Beijing and Washington, and would "continue to do so."

#US calls release of China dissident
You May Also like: