A road that changed lives

With a small potbelly, an oval face and height of around five feet six inches, Ramesh Magar resembles an ordinary Nepali citizen whom you might know or may have come across.

Like many Nepalis, the 37-year-old resident of Chaudandi Municipality in the eastern Nepali district of Udayapur grew up as a son of a farmer engaged in subsistence farming. He harboured dreams of landing a decent job here but eventually ended up in the Gulf and later in Malaysia as going got tough in the country. He is now back in the country and is cautiously optimistic about his future, as he is making a decent income to support his family and save for the future. 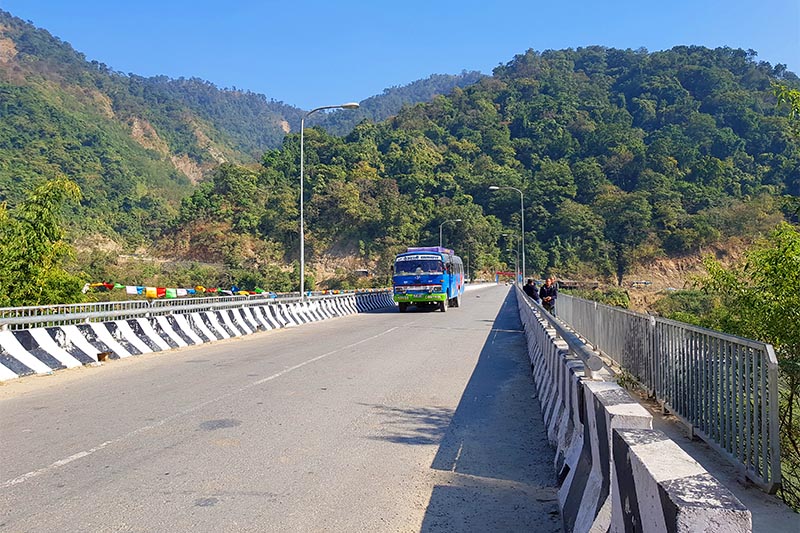 A bus about to ply the bridge over Koshi River in Chatara, Sunsari district, on Monday, December 10, 2018. Photo: Rupak D Sharma/THT 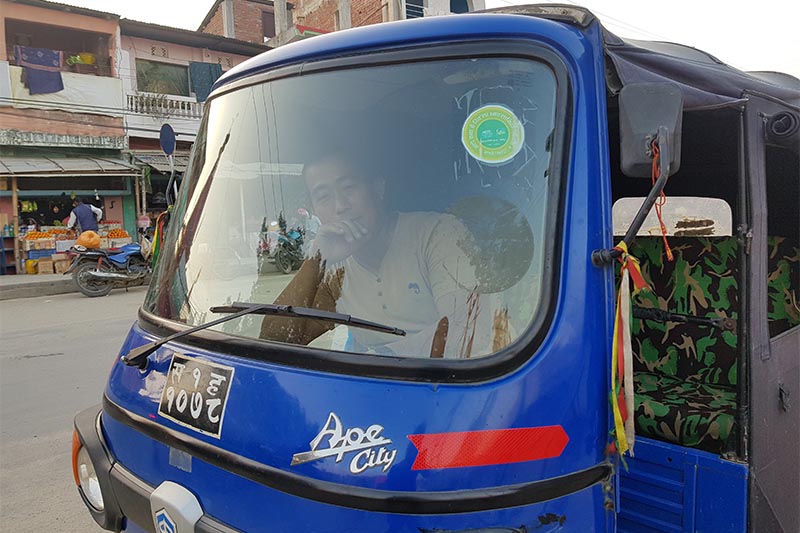 Tilak Bahadur Rai of Belaka Municipality in Udayapur district is elated with the construction of the road and bridges. “Before the two-lane blacktopped road, and bridges were built people had to use boats to cross the river,” says 59-year-old Rai, who saw his 20-year-old son die while trying to rescue people from a drowning boat around five-and-a-half years ago. “Now, no one will have to die like my son.”

Road networks are vital in Nepal because they are used to transport 90 per cent of freight and passengers. When proper roads are built farmers gain access to bigger markets, factories and business establishments are set up creating job opportunities, passengers can travel to their destinations faster, and students and sick people gain better access to schools and hospitals. In short, roads help in economic and social development.

The new road that links Sunsari, Udayapur and Saptari districts is already stimulating economic activities in the vicinity and has reduced travel time for passengers, students and sick people.

Earlier, people living in Belaka Municipality of Udayapur district, for example, had to travel for over an hour to Fattehpur or Kanchanpur in Saptari district or Gaighat to take a bus to Kathmandu, according to Shyam Kumar Rai. “Now, we can catch those buses near our houses,” says Shyam.

Access to better road network has helped places like Rampur Bazar and Lal Bazar to expand rapidly and become vibrant. Restaurants, lodges and beauty parlours could be seen on the roadsides, indicating rise in economic activities. Many are now expecting greater flow of tourists to Koshi Tappu Wildlife Reserve and religious places like Barahachhetra, Dantakali-Pindeshwor and Haleshi Mahadev, which lie in the vicinity of the new road.

As local economies are becoming vibrant, more people are travelling, raising demand for public transport. Already, 38 public buses and minibuses are plying on the road. Gradually, the number of three-wheelers, which are referred to as tempos and are cheap means of public transport for short-distance travel, is also going up.

Magar is one of around 48 tempo drivers who ferries passengers along the new road. He charges a minimum of Rs 20 from passengers and easily earns an average of around Rs 1,000 per day. Around nine months ago, his wife took a short beautician course and operates her own beauty parlour to supplement family income.

“These are opportunities generated by the new road,” says Magar, who has now ditched the idea of going abroad. “So far I am happy with whatever I’m earning and with my life, except that the road tax of Rs 20 imposed by every municipality per day has become a nuisance,” adds Magar.