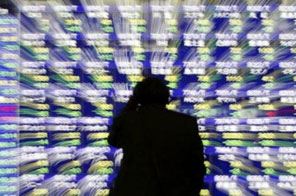 As well as inflation jumping in line with market expectations compared with October 2008, CPI prices increased by 0.2 percent last month from September, the Office for National Statistics (ONS) said in an official statement.

Market expectations had been for a monthly gain of 0.1 percent.

Also contributing to October's jump in inflation were rising prices for air fares, food and second-hand cars, according to the ONS.

"Consumer Prices Index (CPI) annual inflation -- the government's target measure -- was 1.5 percent in October, up from 1.1 percent in September," said the statistics office.

Last week, the Bank of England forecast a sharp spike in British annual inflation before the end of 2009, but stressed that it was likely to fall back to about one percent in late 2010.

The BoE's chief task is to keep 12-month CPI inflation close to a 2.0-percent target.

Analysts on Tuesday warned that inflation would further climb on the back of an impending increase in value-added taxation (VAT) on goods and services.

The government slashed VAT to 15.0 percent last December to help boost consumer spending amid Britain's deep recession. However, the VAT rate returns to its pre-recession level of 17.5 percent in January 2010.

"October's spike up in inflation looks set to be the start of a relatively short, sharp rising trend as unfavourable base effects resulting from the plunge in oil prices a year ago and VAT changes exert upward pressure," said IHS Global Insight economist Howard Archer.

Daiwa Securities economist Colin Ellis said the inflation rise was unlikely to see the BoE rush to hike record low interest rates and end its radical policy of pumping the British economy with billion of pounds of new money.

He added: "Higher energy prices and a weaker exchange rate, which has pushed up goods price inflation this year, cannot by themselves generate permanently higher inflation -- they just result in a temporary surge."

The annual inflation rate had slid to 1.1 percent in September, the lowest level for five years as energy prices steadied.

#British inflation in first rise for eight months
You May Also like: