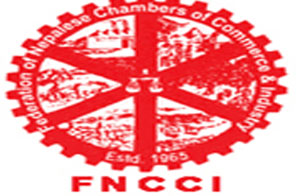 KATHMANDU: Palpali entrepreneurs have urged the Federation of Nepalese Chambers of Commerce and Industry (FNCCI) to promote Palpa district as a tourist spot.

Palpa has tremendous possibility of being promoted as a tourist hotspot, said Rajalwat.

“It has unique locales, natural beauty, culture and art,” he said. The Palpali entrepreneurs also asked for FNCCI’s support in lobbying to build the Butwal-Tansen fasttrack road and include it in the world heritage sites list.

The visiting team also urged FNCCI to include Palpa in the ‘One village, One product’ programme and open a skill development centre there. Rani Mahal, situated on the bank of Kali Gandaki river, Bhairav temple, Srinagar, Randi are major attractions of Palpa. Responding to the demands, Joshi assured that FNCCI will play a vital role in developing Palpa as a major tourist destination of Nepal. Palpa can be a hotspot for tourism, education and the health care sector, he said.

#Call to make Palpa a tourist hotspot
You May Also like: