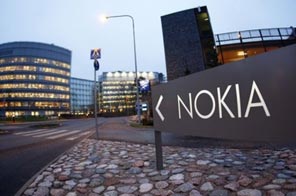 The headquarters of Nokia in Espoo, Finland. Source: AFP

HELSINKI: Nokia, the world's biggest mobile phone maker, said on Tuesday it would cut around 220 jobs in Japan as part of its plans to streamline its vast research and development operations.

"As part of its global efforts to align its research and development (R&D) operations to be in line with its focused portfolio of future products, Nokia will be reducing its R&D activities in Japan," the Finnish company said in a statement.
Last week Nokia announced that about 330 employees at its research and development units in Denmark and Finland would be made redundant.
The company employs about 17,000 people in research and development worldwide.
It said that despite the planned reductions, it would continue to have "significant sourcing activities in Japan."
"Vertu, Nokia's exclusive line of handcrafted mobile phones for the luxury market, will also continue operations in Japan unaffected by today's announcement," it noted.
The mobile phone giant launched a cost-cutting programme last January, after its earnings fell as consumers cut back on buying handsets amid the global financial crisis.
The programme aims to generate more than 700 million euros (1.0 billion dollars) in annual savings.
Before Tuesday, Nokia had announced about 4,000 job reductions since January, including around 1,300 voluntary redundancy packages.
Last month Nokia posted a surprise entry into red, reporting a third-quarter net loss of 559 million euros amid rising competition in the smartphone market and problems with its Nokia Siemens Networks joint venture.