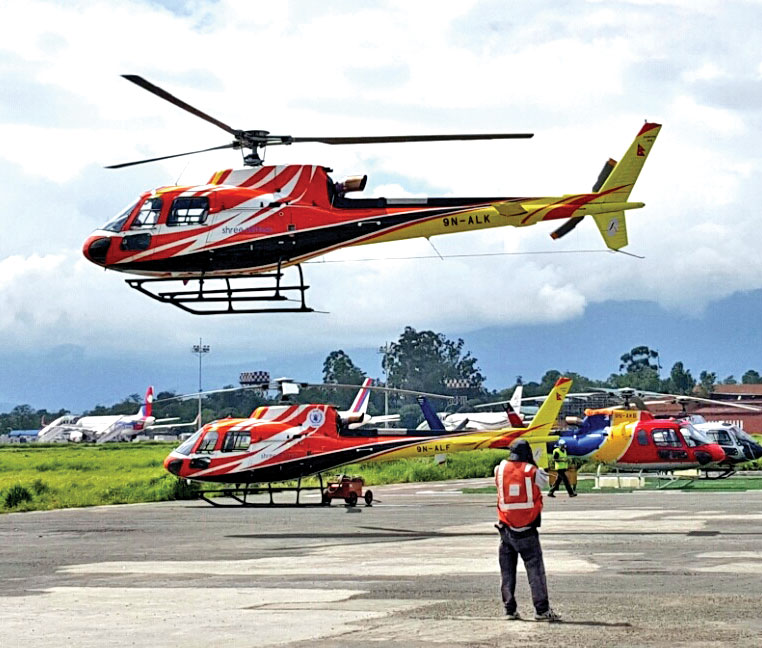 Shree Airlines has added a modern eurocopter to its fleet. The company has bought French Airbus manufactured AS350 B3e chopper having capacity of six passengers.

The helicopter can fly above a height of 23,000 feet and has AC facility, which makes it the first-of-its-kind in the Nepali market. The Civil Aviation Authority of Nepal has issued call sign ‘9N-ALK’ for the new helicopter.

As per a press statement issued by the company, it started commercial operation of the chopper from June 24.

Equipped with modern engine, sound-proofing system and comfortable seats are some of the features of the chopper. With the addition of the new helicopter, Shree Airlines now has a fleet of six Russian M17 helicopters and four lightweight AS350 B3e choppers, the statement adds.