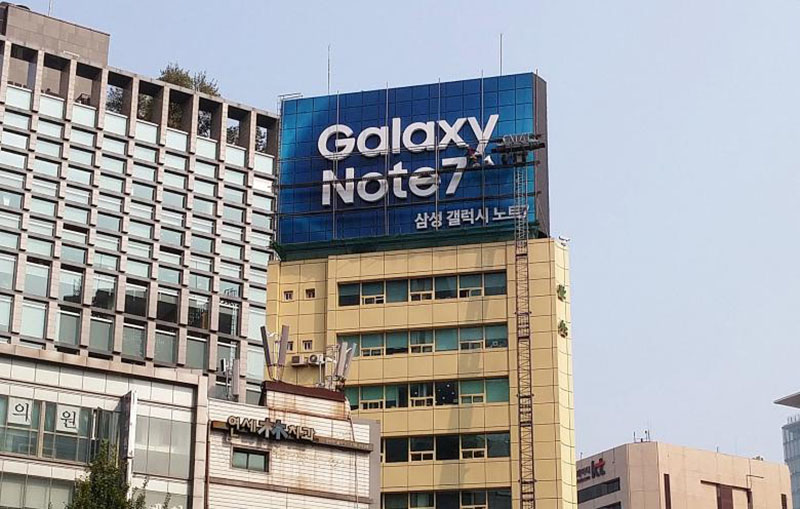 Workers take a billboard of Samsung Electronics' Galaxy Note 7 off from atop a building in central Seoul, South Korea, October 14, 2016. REUTERS/Staff
SINGAPORE: Singapore Airlines said on Saturday it has banned Samsung's Galaxy Note 7 mobile phones from all its flights and any passenger carrying one will not be allowed to board its planes. The US Department of Transportation has issued an emergency order banning the devices from aircraft in the United States as of Saturday at noon EDT (1600 GMT). Samsung Electronics Co Ltd has recalled its flagship Galaxy Note 7 smartphones worldwide because of incidents of the phones emitting smoke or catching fire, dealing a huge blow to the company's reputation. Singapore Airlines said on its Facebook page that "the Galaxy Note 7 smartphone will be prohibited from being brought on board all our flights in person, in carry-on baggage or checked-in baggage with effect from 16 October."
#Mobile phones #US Department of Transportation #Samsung's Galaxy Note 7
You May Also like: