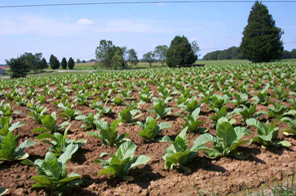 NAWALPARASI: Sugarcane farmers of Nawalparasi district have been forced to turn to tobacco farming after sugar mills did not provide regular payment for their sugarcane.
They have not got payment since the last three years. Scores of farmers in Kudiya, Pratappur, Narshahi, Tribeni and other VDCs have begun commercial tobacco farming on 400 hectares of land.
Sugarcane farming is easier and fetches more money. However, they gave up sugarcane cultivation when they failed to get the price of their labours. Sugarcane fetches 25 per cent more money than does tobacco.
“I’ve planted tobacco on 12 katthas of land as an alternative to sugarcane farming,’’ said Bhola Prasad Joshi of Kudiya VDC. Were I to get regular payment for my sugarcane I would resume its cultivation. When I diod not get the money I had no alternative but to take up tobacco growing.” said another farmer, Kush Kumar Shrestha.
Sugarcane yield is around 15-20 quintals whereas the tobacco yield is 25 kg from the same plot of land. The average price of tobacco leaves is Rs 80 per kg whereas the price of one quintal of sugarcane is around Rs 600. Farmers got attracted to tobacco farming when Surya Tobacco Company, Simara, facilitated them with fertilizer and seed for tobacco farming.