US delays currency report that could target China 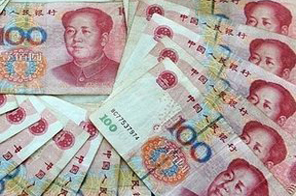 WASHINGTON: The US Treasury Saturday delayed a currency report, due later this month, that could accuse China of currency manipulation.

Treasury Secretary Timothy Geithner announced the delay in a statement, saying there were better venues to advance US interests.

"There are a series of very important high-level meetings over the next three months that will be critical to bringing about policies that will help create a stronger, more sustainable, and more balanced global economy," he said.

Geithner did not give a date for the release of the report, originally due April 15.

The United States has long-accused Beijing of manipulating the yuan's rate against the dollar, to boost Chinese exports.

Washington has recently ramped up pressure on China to let the yuan -- effectively pegged at about 6.8 to the US dollar since mid-2008 -- appreciate.

Some experts believe the Chinese currency is undervalued against the dollar by up to 40 percent. The United States and China's other trading partners claim that it gives the Asian giant an unfair trade advantage by making Chinese exports cheaper.

Irate US lawmakers have demanded the Treasury label China a "currency manipulator."

Senator Chuck Grassley, the leading Republican on the Senate Finance Committee, said he was "disappointed" in the Treasury move.

"Everyone knows China is manipulating the value of its currency to gain an unfair advantage in international trade. If we want the Chinese to take us seriously, we need to be willing to say so in public," he said.

But Democratic Congressman Sandy Levin said the delay will give the administration time "to see if, in the next few months, the international community will address the causes of major global imbalances, including China's substantial undervaluing of its currency, which hurts American jobs and businesses."

"If the multilateral effort does not result in China's making significant changes, the administration and Congress will have no choice but to take appropriate action," he said.

Speculation had been swirling that Treasury would delay the report to avoid embarrassing President Hu Jintao ahead of his visit to Washington later this month.

Hu has announced he will attend a nuclear security summit in Washington on April 12-13 to discuss the prevention nuclear terrorism and to secure vulnerable nuclear materials.

Obama called for the meeting during a high-profile speech he gave in Prague in April last year, when he pledged to work toward a world without nuclear weapons.

Japan's finance minister, in Beijing meanwhile Saturday asked China to make an "appropriate decision" on its foreign exchange policy but stopped short of telling it what to do.

Naoto Kan made the remarks at a news conference after meeting with Premier Wen Jiabao as part of weekend talks with top officials.

"I told Wen that I believe China's stable foreign exchange rate policy has helped ease the recent financial turmoil, and asked him to continue to make an appropriate decision" on the currency problem, Kan said, according to Dow Jones Newswires.

But "I didn't say anything on what China should do or shouldn't do" about the yuan, he said.

"I think the prospects (of a revaluation) have improved very significantly in the past few days," said Cornell University professor Eswar Prasad, who used to head the International Monetary Fund's China division.

"But if the Chinese come under a lot of pressure from Capitol Hill, I think it could make it somewhat harder for the Chinese to move because in China there is a very vigorous debate" on revaluation, Prasad said.

#US delays currency report that could target China
You May Also like: