Banksy street art up for auction 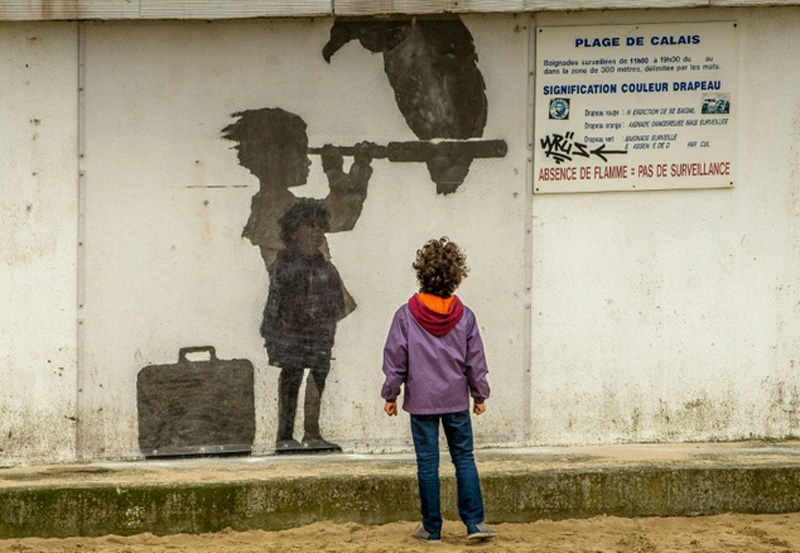 Photo: AFP
Los Angeles: A collection of works by enigmatic British graffiti artist Banksy is expected to sell for more than $500,000 at auction in Los Angeles this month, organisers said. Among numerous prints are three original artworks, with top billing going to ‘Happy Choppers’ — a 2002 image of military helicopters dressed in a pink bow stencilled onto a wall at London’s Whitecross Street Market, expected to go for up to $150,000. ‘I Heart Boys’ — a mural of a boy playfully painting a heart on a now detached wall of a London home — is being offered with an estimated price tag of up to $120,000. The third original, a piece stencilled on a car door in New York’s Lower East Side in 2013 and given the name ‘Crazy Horse’, is expected to sell for $60,000 to $80,000. One of the world’s best known contemporary artists, Banksy’s identity was a mystery until contemporaries told a British newspaper in 2008 they believed him to be Robin Gunningham, a former classmate in Bristol. Scientists at Queen Mary University of London claimed in March to have confirmed the story using “geographic profiling”, a technique developed in criminology which matched the locations where Banksy’s work appeared most frequently and addresses closely linked to Gunningham. “Banksy has become a pop culture icon as well as a very sought-after artist,” said Darren Julien, the founder of Julien’s, which hosts the Street and Contemporary Art auction in Beverly Hills on April 30. “His values will continue to increase long after his identity has been uncovered.” It marks the second sale of Banksy’s work by the auction house, which in December 2015 offered ‘Flower Girl’, a piece painted on a gas station wall in Hollywood. Banksy’s most valuable work of art, a collaboration with fellow British artist Damien Hirst called ‘Keep It Spotless’, sold for $1.8 million at Sotheby’s in New York in 2008. The ownership rights and removal of Banksy artworks have proved as controversial and complex as his subject matter over the years, although they almost always legally belong to the owner of whatever they were sprayed on. Removal of his pieces from plaster and brickwork can prove time-consuming and expensive, and often involves preserving part of a wall which is due for demolition. Plagued by imitators, Banksy authenticates all new art through his handling service, ‘Pest Control’, while older works have been rubber-stamped through a variety of means, including being displayed on his website.
#Los Angeles #Banksy street #Happy Choppers
You May Also like: