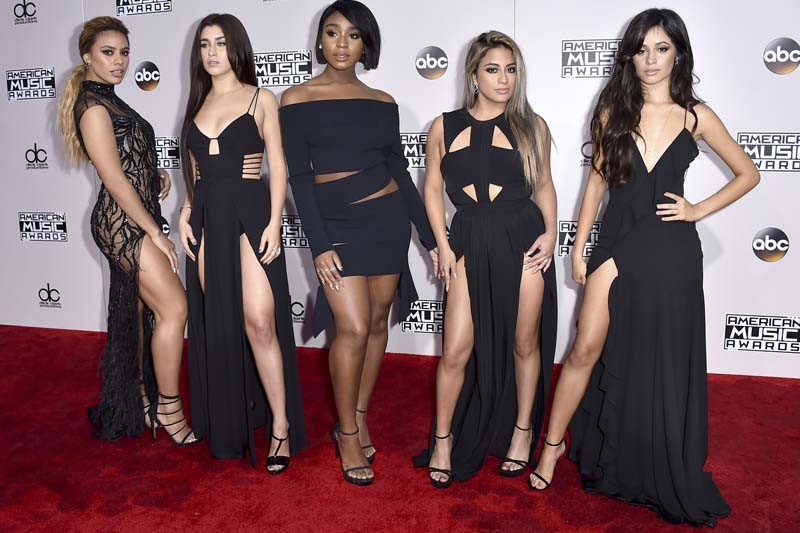 The pop group formed out of US talent show "The X Factor" in 2012 said on Monday that Camila Cabello was leaving the quintet but that the band would be moving ahead. Cabello (19) said she was launching a solo career, a move she had discussed at length with the other four young women. "After four and a half years of being together, we have been informed via her representatives that Camila has decided to leave Fifth Harmony. We wish her well," the remaining members of the group said in a posting on Instagram. "We are excited to announce that we will be moving forward with the four of us - Ally Brooke, Normani Kordei, Dinah Jane and Lauren Jauregui - for our fans, " the statement added, saying the name of the band would remain the same. Cabello's departure followed Fifth Harmony's last scheduled performance of the year at the iHeart Radio Jingle Ball tour in Florida on Sunday. Like British boy band One Direction, Fifth Harmony was put together by record producer Simon Cowell after each girl auditioned as solo artists for his TV talent show "The X Factor." Although they didn't win, they went on to become the show's most successful product, with hits like "Worth It" and "Work from Home" that led to 10 million in record sales and accolades that included three MTV Video Music Awards, an American Music award and seven Teen Choice Awards. Cuban-American Cabello said in an Instagram posting for fans on Monday that she was sad to see her time with Fifth Harmony ending, but added: "Next year I will be working on my own music and giving you a big chunk of my heart. "As scary as it is to take the leap, I am excited and full of joy because I know that no matter what happens, I am following my heart."
#Fifth Harmony #Camila Cabello #Girl group Fifth Harmony
You May Also like: