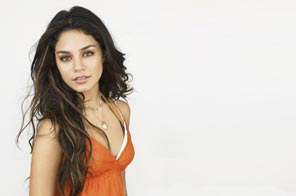 HOLLYWOOD: Vanessa Hudgens, an actress known for her role in Walt Disney Co.'s "High School Musical," claims a Web site that published nude photos of her is infringing her copyrights.

In a suit filed in federal court in Los Angeles, the 21- year-old actress says she took the nude photos of herself published on the www.MoeJackson.com celebrity-gossip Web site. She registered the copyright on the three photos that were initially published on the Web site Aug. 17.

Hudgens is "the creator and owner of a number of self- portrait photographs which depict her in a private residence," she said in the complaint. The photos were "obtained by unknown methods and posted on the Internet by an unknown person" without her knowledge or consent.

Although counsel for Hudgens sent the Web site two separate cease-and-desist letters seeking immediate removal of the photos, the photos remained on the site, according to court papers.

The photos -- of a nude Hudgens standing in a bedroom between a bed and a dresser with a mirror -- appear to have been widely circulated on the Internet. A Google Inc. image search performed Jan. 8 yielded at least 12 Web sites featuring the photos.

She claims she's suffered harm to her goodwill and reputation from what she calls ' intentional, deliberate, willful, malicious" disregard for her IP rights. She has appeared in commercials for Johnson & Johnson's Neutrogena line, and Sears Holdings Corp.'s clothing line.

Hudgens asked the court to declare she's the owner of the photo copyrights, and for an order barring the defendant -- Butter Media LLC of New York -- from future infringement. She also seeks an award for profits the defendants may have realized from the use of her photos, money damages and attorney fees.

#Hudgens claims copyright to nude photos
You May Also like: