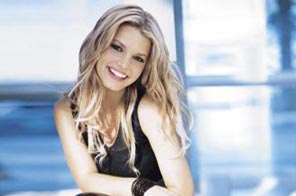 And according to insiders, the singer/actress is so taken with the musician, she’s hoping to marry him.

“Jessica is so in love with Billy right now,” a source revealed. “She’s talked about marrying him and maybe starting a family.

“She turns 30 this year and is keen to settle down after a string of failed romances.”

Jessica — who was previously married to Nick Lachey and has dated singer John Mayer and American footballer Tony Romo — and Billy, 42, were first romantically linked in November 2009 after they both attended a Los Angeles party, though they have been friends for some time.

Recent reports claimed Simpson’s friends and family had warned her against a romance with Corgan.

“It’s been a long time since we’ve seen Jessica go this crazy over a man,” a source said earlier this month. “She’s attracted to his spirituality and wisdom and thinks he’s the most amazing person in every aspect.

“But Billy can be a dark guy. He admits he considered suicide in the past and has a long-running battle with depression. Not exactly the type of person you’d expect to be drawn to.

#Jessica tie knot with Corgan
You May Also like: