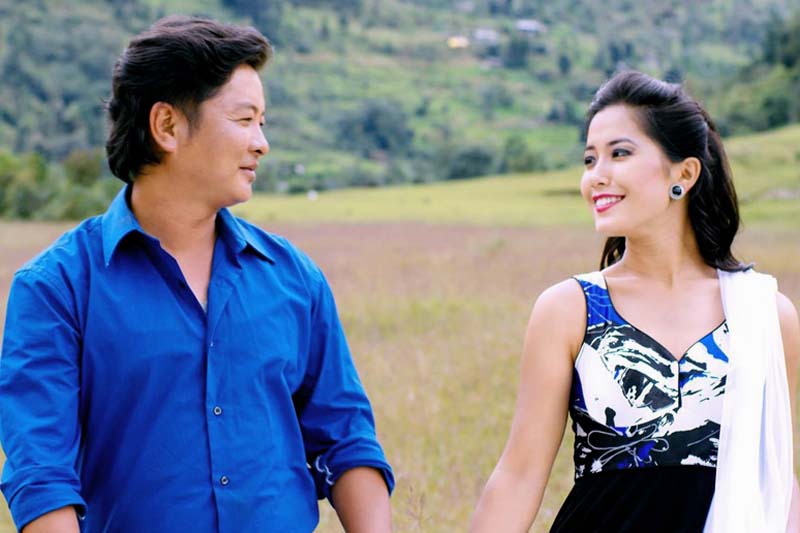 Photo: moviemandu.com
Kathmandu Fun-filled rhythmic dialogues, action and the acting make Bir Bikram a worthy watch. The story of friendship and love is not a new one, but this story has been presented in a humorous, comical and emotional way that is refreshing. Dialogues that have a punch and the touching acting of the characters make the movie real fun. It is the story of two childhood friends — Bir (Tenzing Sherpa) and Bikram (Sanjeev Karki).  Bikram, an orphan, moves to Kathmandu from his village Shivalaya. But before he leaves the village, he proposes to his classmate Joon (Sanskriti Sherpa). She reciprocates his love. However, Aaite Kaji (Kailash Khadka) is also in love with Joon. Though Bikram loves the girl, he moves to Kathmandu. As time passes, the children then grow up leading their own lives. Now grown up, Joon (Diya Pun) deeply loves Bir (Dayahang Rai). Aaite Kaji (Arpan Thapa), who has been loving Joon since his childhood, still has a strong desire to possess her. As the battle between Bir and Aaite for Joon goes on, enter Bikram (Anoop Bikram Shahi). The plot then revolves around this circular love-hate story making the audience laugh out loud while making them emotional too. The battle between the characters to get Joon is much appreciated. Child artiste Khadka makes one laugh out loud for his act to show his love towards Joon in the very beginning of the movie. And the laughing bomb explodes several times in the movies when Sanskriti reciprocates Karki’s love, Thapa’s dialogues, among others. Rai, Thapa and Shahi are the best. Thapa makes the audience laugh with his act and dress-up, body languages and rhythmic dialogues. Rai and Shahi are brilliant in the fighting scenes and are also able to make the audience feel emotional. However, Pun could have done better in her role — both in dialogue delivery and acting. Nazir Hussain makes the audience laugh in his role. But what is Hussain’s role in the movie? Well, you know what you have to do ... head to the cinemas. Though the movie is interesting and makes one laugh, one feels the first-half was comparatively better than the second-half. Watching Bir Bikram reminds one of the Bollywood classic Sholay and a few scenes also remind one of Nepali movie Kabaddi, yet the movie doesn’t disappoint the audience as it has the essence and is able to hold the audience to their seats for two hours and 20 minutes.
#Dayahang Rai #Anoop Bikram Shahi #Bir Bikram #Diya Pun #Arpan Thapa
You May Also like: