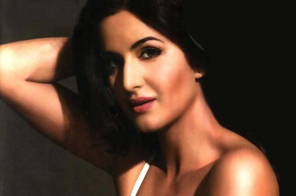 The actress is also looking forward to her next release Rajneeti, with co-star Ranbir Kapoor. “Rajneeti will hit the screens early next year; probably in February or March! Nothing is finalized as of now,” says the actress.

There has also been news about her surname.. that it’s really Turquotte, and not Kaif as she claims. So, what’s her take on that? The actress tweets, “And for people wondering, yes, my passport name is Katrina Turquotte. I changed it because it'll be easier for people to call me. Nothing more.”

Well, that’s all for now, people!