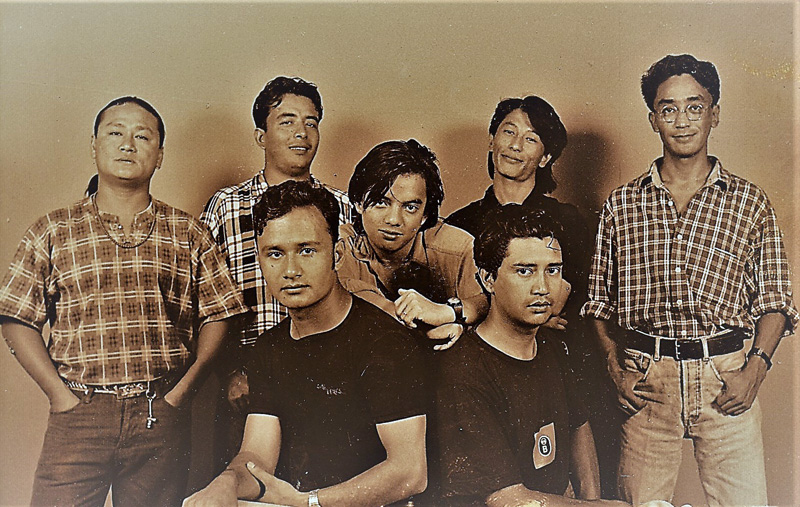 KATHMANDU: Nepathya, a popular folk-rock band of Nepal, is celebrating the next one year (2017 April-2018 April) as the band's silver jubilee year with the theme 'Celebrating 25 years of Nepathya'.

The band will be stepping into its 25th year on April 1.

Nepathya has planned several activities including periodic releases of new and old songs and videos as a part of the celebration.

According to a statement issued today, Nepathya has decided to dedicate this year to all the musical icons of Nepal for their contribution to Nepali music. As a mark of honour to the adhunik genre of Nepali music, Nepathya will also support Nepalaya to restart their Paleti concert series.

“Our band members had contributed their skills to the Paleti during its initial period," Nepathya front man Amrit Gurung informed, "Now, we want to support it for its continuity."

Likewise, the band would host a show in Pokhara on April 8.

Vocalist Gurung informed, “It is a pleasant coincident that our silver jubilee calendar will kick off from a show in our home town.”

"A group that was initiated by three boys from Pokhara has reached this stage with contribution from more than 20 musicians, who have been a part of Nepathya journey. I am indebted to all for their contribution," Gurung explained.

Meanwhile, the band said it would also publish a book reflecting its 24-year journey next year.

“Nepathya’s biography is being written by Amrit Gurung,” informed Kiran Krishna Shrestha of Nepalaya, adding “Amrit has been working on this for some time and we plan to release it during the coming year.”