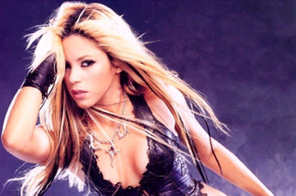 LOS ANGELES: Shakira claims her drive for success comes from seeing poverty in her childhood.

Shakira was driven to success because she never wanted to be poor again.

The 33-year-old singer - whose father William Mebarak Chadid was declared bankrupt when she was growing up - claims seeing the plight of those worse off than her family made her even more determined to do well in her life so she could help others.

She said: "My dad went bankrupt when I was eight years old. I remember the day I realised that pretty much all of the comfort of our lives was gone. We had had very decent lives - two cars, my dad had a successful business, and then from one day to the next we lost everything.

"He took me to the park to show me a reality much worse than ours. There were all these barefoot orphaned kids who were sniffing glue. I guess the image stuck in my head. I promised myself, 'One day I'm going to succeed because there's no way I'm not having a car again.'

"And I thought, 'If I ever do it, I'm going to do something about these kids.' "

The 'She Wolf' hitmaker kept to her promise, and set up a charity when she had her first taste of fame at 18.

She explained to The Big Issue magazine: "When I had my first big success with 'Pies Descalzos', the album that made it big in Latin America when I was 18, I decided to establish my first foundation in Columbia.

"Ever since, I've been investing all my efforts in education, which have achieved amazing results for kids who live in poverty and conflict or kids who might have been recruited into the guerrillas or drugs cartels.

"Instead, they're on their way to college. How can I not believe in this so passionately?"