Tabu's return to leave everybody in splits 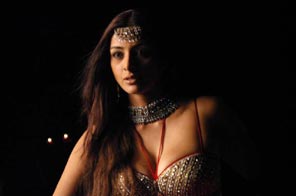 MUMBAI: Though Tabu is known for talent and dynamic performances. And although the National award winner is famed for her underplayed, yet dramatic histrionics, her return to cinedom after a yawning hiatus is sure to tickle the funny bone.

Ramesh Taurani's 'Toh Baat Pakki' depicts the performer in a comic role. And though she proved herself in laugh riots such as 'Chachi 420', ' Hera Pheri' and 'Biwi No. 1', it is Taurani's flick which will showcase her comic timing to the fullest.

"My roles in those films were not necessarily funny, "avers the actress in a newspaper chat. "I agreed to do this film because I haven't done a comedy for a long time. The role and script were fantastic, and everything about 'Toh Baat Pakki' felt right. Besides, the producers Tips Films told me that they shelve the film if I did not agree to do it. It's hugely flattering for an actor to hear this." Sharman Joshi and Vatsal Seth will team up with Tabu to raise those belly laughs in February.

Meanwhile, Marathi film writer director Kedar Shinde who helmed 'Toh … has been over the moon gushing over Tabu in tabloids.

"I'm grateful to Ramesh Taurani for giving me Tabu in my very first film. I loved working with her because apart from being hugely talented, she's also very humble." Notch one more devotee on Tabu's gush list …

#Tabus return to leave everybody in splits
You May Also like: