Theron’s son ‘in love’ with Blunt 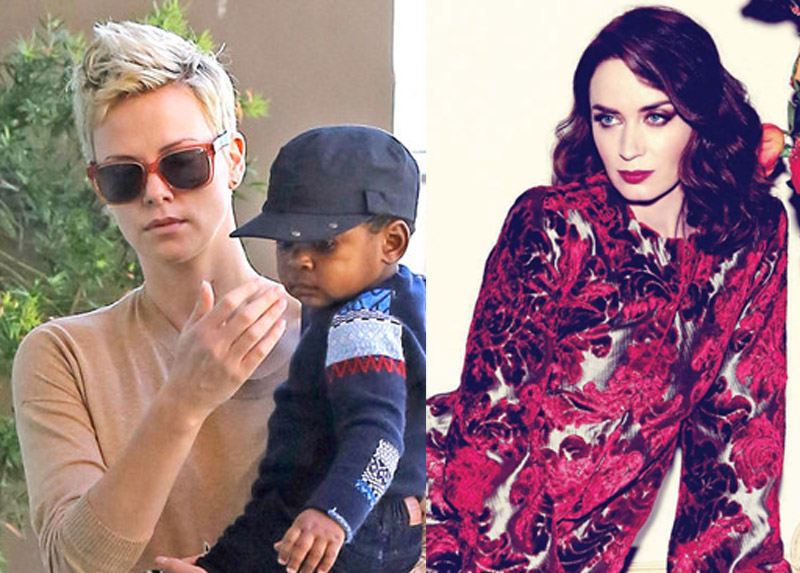 Photo: eonline.com.jpg / celebmafia.com
LONDON: Hollywood actress Charlize Theron says her four-year-old son Jackson is “in love” with actress Emily Blunt and thinks she is the “most beautiful princess ever”. Theron believes she couldn’t get much of her son’s attention when he was with her on the set of Huntsman: Winter’s War because he was busy watching Blunt, reports femalefirst.co.uk. “My son is in love with her. He thinks she’s, like, the most beautiful princess ever. Yeah, it’s crazy. I didn’t even exist, he was just like, ‘Ahhh, she’s a princess.’ I’m like, ‘I’m a queen’,” Theron said on TV show Extra in a joint interview with Blunt. But Blunt says Jackson also kept a close eye on his mother’s work, and made everyone laugh with his description of one of her scenes. “He was watching her close up and she was really going for it, like, and the intensity, and it was just one of those heightened scenes and Jackson was watching her close up and he went, ‘Oooh, Mama’s spicy’,” Blunt said.
#Charlize Theron #Emily Blunt
You May Also like: