With CDs, Phil Collins says: Take a (new) look at me now 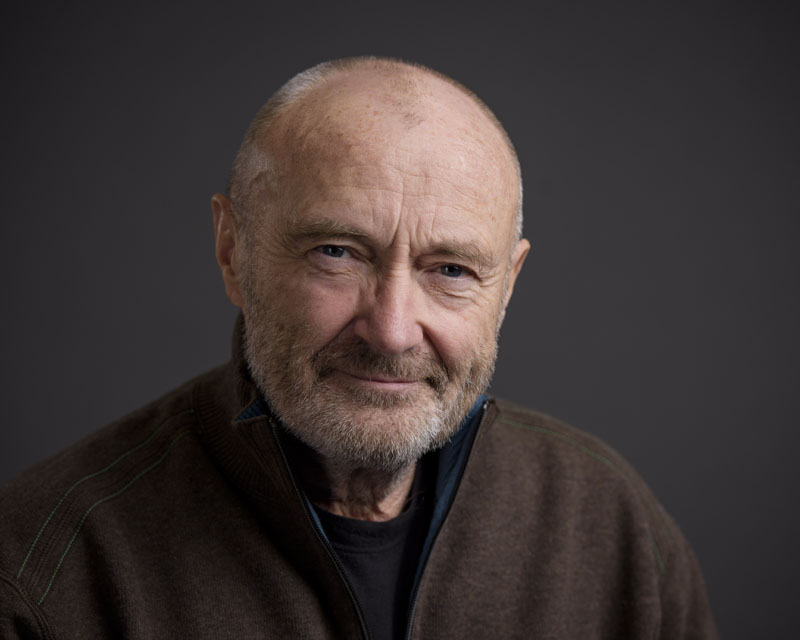 Musician Phil Collins poses for a portrait in New York, on February 2, 201. Photo: Drew Gurian/Invision/AP
NEW YORK: Singer and drummer Phil Collins is taking one tentative step out of musical retirement by offering up huge chunks of his past. The multiple Grammy Award-winner is this winter releasing all eight of his solo albums, each remastered and accompanied by a second CD of demos and live recordings, many previously unreleased. His hope is that fans and nonfans will explore more than just his hits, which include "In the Air Tonight," ''Groovy Kind of Love," ''One More Night," ''Sussudio," ''Can't Hurry Love," ''Against All Odds," and "Separate Lives." "People that don't like me — and there are some, I know it's hard to believe — most of the time have based their opinion on what they hear on the radio. It's played to death," he said. "I'm a bit more than that. And the 'bit more' is on the albums." He's already released 1981's "Face Value" and 1993's "Both Sides." Next up is 1982's "Hello, I Must Be Going!" and 1996's "Dance into the Light," both out Friday. Each new double CD has Collins recreating his pose from the original album cover. A long list of current artists — including Adele, Lorde, Kanye West, Pharrell Williams — have publicly come out as fans. "I'm very flattered by that and I think there's a lot of people out there that may think, 'OK. Let's see what the fuss is about,'" said Collins. Nick Davis, a producer, engineer and mixer whose credits include music by Bjork, Deep Purple, Genesis, Mike + the Mechanics, The Pogues and XTC, remastered the new Collins albums and hopes fans dig past the hits. "There are some incredible songs on there and there is some incredible musicianship on there. That's almost a treat, really: It's finding the album tracks rather than just the singles," he said. Collins (65) was the drummer and then lead singer for the band Genesis in the 1970s who embarked on a solo career in the '80s that made him one of the most commercially successful artists of all time. He is estimated to have sold 100 million albums with Genesis and another 100 million as a solo artist. He won an Academy Award and a Grammy for his soundtrack to the film "Tarzan" and his album "No Jacket Required" won a Grammy for album of the year in 1985. His "Another Day In Paradise" won Record of the Year in 1990. Collins made hits but didn't always get respect. In an episode of "South Park" that was more than usually cruel, Collins was booed off a stage and ridiculed. His last album of new material was 2002's "Testify." In 2011, Collins formally announced his retirement, three years after his third marriage ended in divorce and as health issues mounted. Nerve problems meant the father of five could no longer grip with his left hand. He was deaf in one ear. "I felt I owed myself some time off. And also I wanted to bring up my two young boys" — now 14 and 11. "I just wanted to be a dad for the first time. A proper dad." Now living in Miami near his third wife, Orianne Cevey, and their two kids, Collins has built a recording studio and hopes soon to begin making music again. He already has some lyrics that need music and "lots of bits." "The longer it goes, the bigger the jump," he said. He even hopes he can drum again after injuring nerves in his elbow during a Genesis reunion tour in 2007. "Living life — cutting bread, cutting a bit of cheese — was just impossible. But it's got better. And I think I just have to learn to play in a different way. That's my intention." Collins has been getting encouragement from his children, including sons Simon, 39, and Nicholas, 14, who are both in bands. Nicholas, a drummer and guitarist, likes to rehearse at Collins' house. "I give them advice but no one listens to it," he said, laughing. "I'm kind of the elder statesman. They come in, sit around. Occasionally I'll say, 'What about...?' They'll listen but they'll go their own way."
#music #Phil Collins #multiple Grammy Award-winner #In the Air Tonight #Groovy Kind of Love #One More Night #Sussudio #Can't Hurry Love #Against All Odds #Separate Lives. #Genesis
You May Also like: