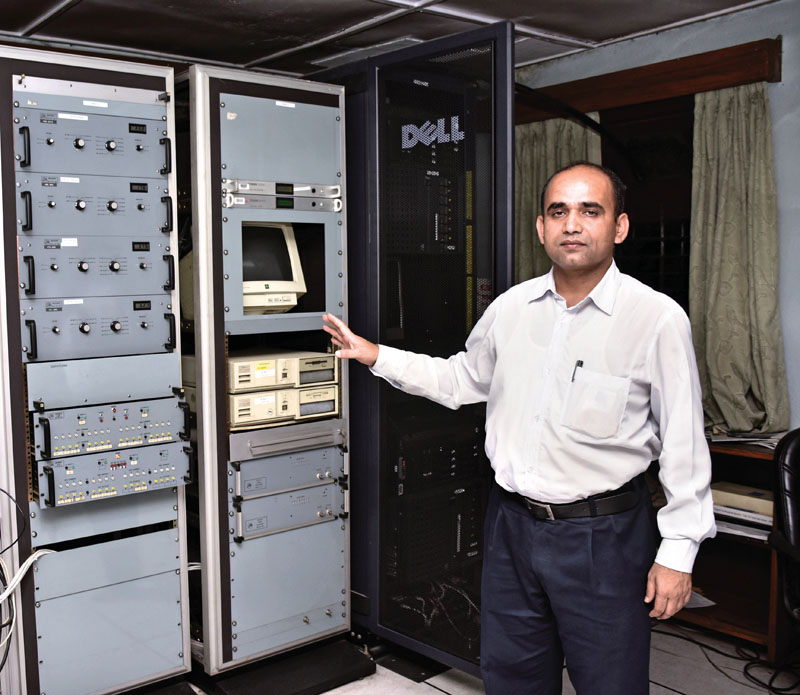 Lok Bijaya Adhikari at the National Seismological Centre. Photo: THT
KESHAV P. KOIRALA KATHMANDU: Nepal’s National Seismological Centre recorded more than 30,000 aftershocks of the April 25 earthquake in one year. The NSC had recorded 60,000 tremors in 20 years till April 25 last year. “With their epicentres from Gorkha to Dolakha, we have been recording 30-40 tremors on average every day,” NSC’s chief seismologist Lok Bijaya Adhikari said. The NSC processed the data of more than 450 significant aftershocks, including some minor ones that hit the Kathmandu Valley and others of local magnitude 4.0 or above, and alerted the public about their magnitude and epicentre from its website and app for smartphones. The NSC records show that four out of 450 plus significant aftershocks were of ML 6.0-6.9, while 51 were of ML 5.0-5.9, and 390 of ML 4.0-4.9. Within 24 hours of the main shock, we recorded more than 1,500 aftershocks but all of them have not shown in the list, according to Adhikari. 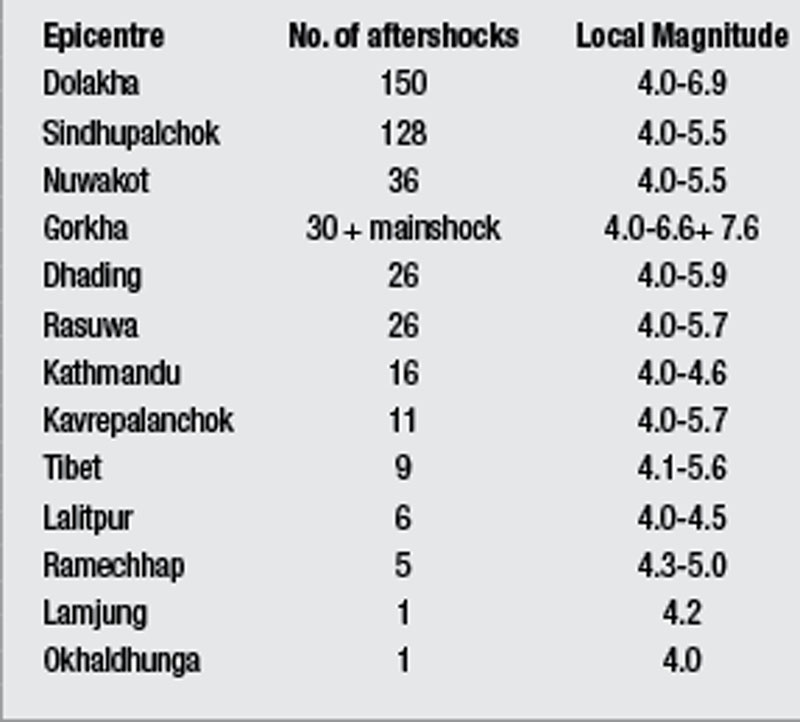 Nepal has one of the Himalayan region’s best earthquake monitoring systems. More equipment including GPS stations, seismometers, accelerometers and intensity metres — a new addition — have been installed after the last year’s earthquakes across the country. But data acquired from them is yet to be processed. “We are just six people,” Adhikari said, “And, we have to be on duty round-the -clock for regular monitoring of seismic activities and processing of data.” “Though we have good network of equipment and a cache of important data is generated regularly, manpower crunch has prevented us from processing the data and properly understanding the seismic activities,” he complained.