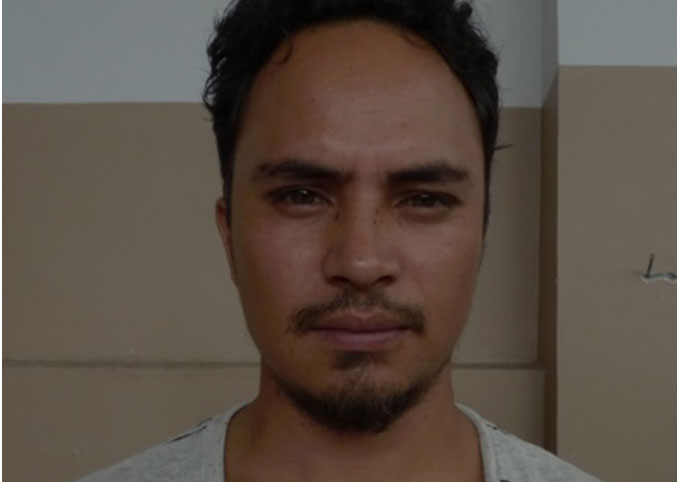 Raj Bahadur Shrestha, Photo: MPCD
KATHMANDU: Police on Tuesday arrested an absconding murder suspect from Samakhusi, KMC-29. A team deployed from the Metropolitan Police Crime Division nabbed Raj Bahadur Shrestha aka Anil (28), a permanent resident of Changunarayan Municipality-1 of Bhaktapur, from the Capital yesterday. A tattoo artist by profession, Shrestha was involved in the murder of Baikuntha Rana Magar (18) in Samakhusi Ranibari on July 16, 2006. Earlier on Monday, police had nabbed another suspect of the case, Bikram Chhetri . Police said that a gang of six to seven persons including Shrestha had attacked Baikuntha Rana Magar of Shantipur Dhuwakot-9 VDC of Gulmi with an iron rod at Ranibari Chowk of Samakhusi. Critically injured Magar had breathed his last during the course of treatment at a hospital in the Capital. After the incident, Shrestha managed to fly to Qatar for an escape and he worked for around 30 months there, police added. He returned Nepal from Qatar around four years ago, then went to Saudi Arab again. Meanwhile, the suspect has been sent to the Metropolitan Police Range, Kathmandu, for further investigations and actions.
#Murder suspect #Kathmandu murder #absconding criminal
You May Also like: