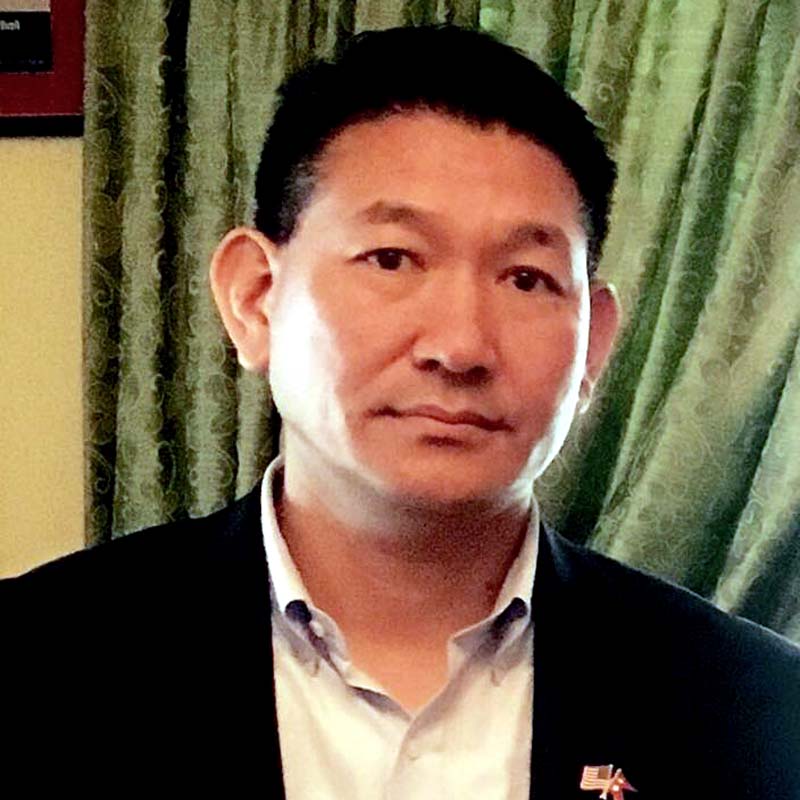 Nepal's Honorary Consul for Seattle AC Sherpa. Photo: THT Online/ File
KATHMANDU: The government has appointed AC Sherpa as the Honorary Consul for Seattle in Washington state of the United States of America. According to the Non-Resident Nepali Association, Sherpa has been appointed as the Honorary Consul to extend support to the Nepali communities residing Washington state as well as promote Nepal’s tourism in the US. “This appointment comes with responsibility of the highest standard and only people who are known for their good reputation in the economic, cultural, or some other sphere of activity and who are able to fulfill the assignments of a Consul can become honorary consuls,” NRN’s President Shesh Ghale said in a congratulatory message. The NRN boss hoped that Sherpa would do his utmost to demonstrate high standard of professionalism in serving the Nepali community in Washington DC and promoting Nepal. Nepal’s Ambassador to US, Arjun Karki, has already informed Sherpa of his nomination to the post of Honorary Consul. Sherpa who is also Deputy Regional Coordinator (Americas) for the NRN’s International Coordination Council said that he would further focus to excel himself and support as much as possible for Nepali communities by social services and promoting tourism, healthcare and education for future generation. Born in Tapting VDC in Solukhumbu district, Sherpa had already climbed all the highest peaks in the seven continents including the Mt Everest. Sherpa has also been serving the needy communities in remote areas through the 7 Summit Foundation. The foundation is mainly active in health and education sectors. “Government of Nepal, reposing trust and confidence in Sherpa, has appointed him the honorary consul of Nepal in Seattle for four years,” an appointment letter sent by the Ministry of Foreign Affairs reads. It has been felt necessary to appoint an honorary consul there to take care if the interest of Nepalis residing in the State for the purpose of business, trade, tourism, education and travelling and any other reason and to add and assist them in all legal, consular and trade related matters, the letter adds. The Ministry also hoped that Sherpa would be successful in carrying out responsibilities to serve the overall interests of Nepalis residing there and also promote economic, social, cultural and commercial interests of Nepal.
#Shesh Ghale #Ministry of Foreign Affairs #SEATTLE #Non-Resident Nepali Association #Honorary Consul #AC Sherpa #Nepal Honorary Consul
You May Also like: