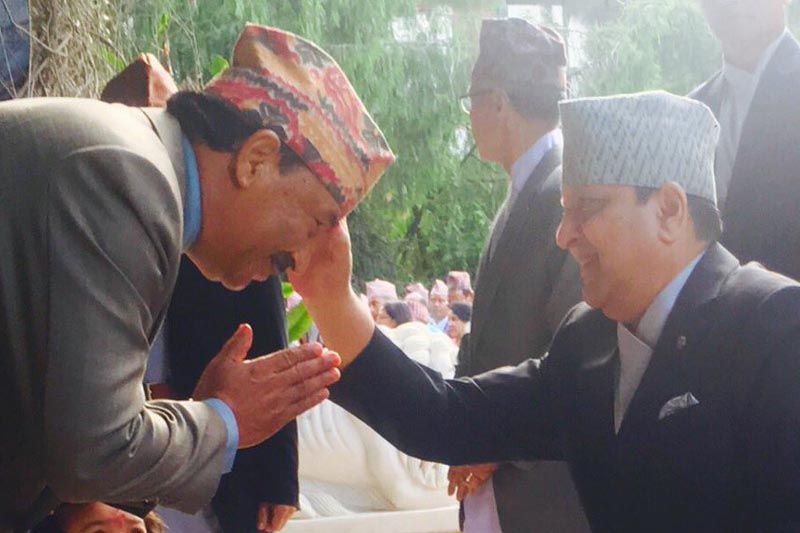 In this photo posted by Rastriya Prajatantra Party-Nepal Chairman Kamal Thapa on his Twitter, former King Gyanendra Shah is offering Dashain Tika to him, on Tuesday, October 11, 2016.
KATHMANDU: Former King Gyanendra Shah offered Tika to the general public on the occasion of Badadashain festival, the greatest festival of the Nepalis, today. The former King, along with the former Queen Komal Shah jointly gave Tika to the members of the general public from 3:30 pm today at the Nirmal Niwas, where the former royal couple reside. People had thronged the Nirmal Niwas since the noon today to receive Tika from the former monarch. Also present on the occasion were politicians of the Panchayat era, former administrators and the retired high ranking officials of the then Royal Nepal Army. The first to receive Tika from the former royal couple was former Deputy Prime Minister and Chairman of the Rastriya Prajatantra Party-Nepal, Kamal Thapa. Thapa has tweeted that he and the former King held whispering talks on politics for some time in course of receiving Tika.