KATHMANDU: Four former Chief Justices of the Supreme Court today stated that Prime Minister KP Sharma Oli's move of dissolution of House of Representatives was an unconstitutional act. Issuing a joint statement today, former CJs Min Bahadur Rayamajhi, Anup Raj Sharma, Kalyan Shrestha and Sushila Karki concluded that the House was dissolved stepping on articles that are not provisioned by the Constitution. "Other than rights that are clearly authorised by the Constitution, it does not appear that such rights can be created, assumed or can be said to be held to dissolve the House of Representatives," the justices said in the statement. Rayamajhi, Sharma, Karki and Shrestha comment that such gross misinterpretation of constitutional provisions could lead to misuse of structure of the Constitution leading to a state of crisis. The case on House Dissolution is currently being heard by the Constitutional Bench of the Supreme Court - the next session for which has been scheduled for January 13. See the statement: 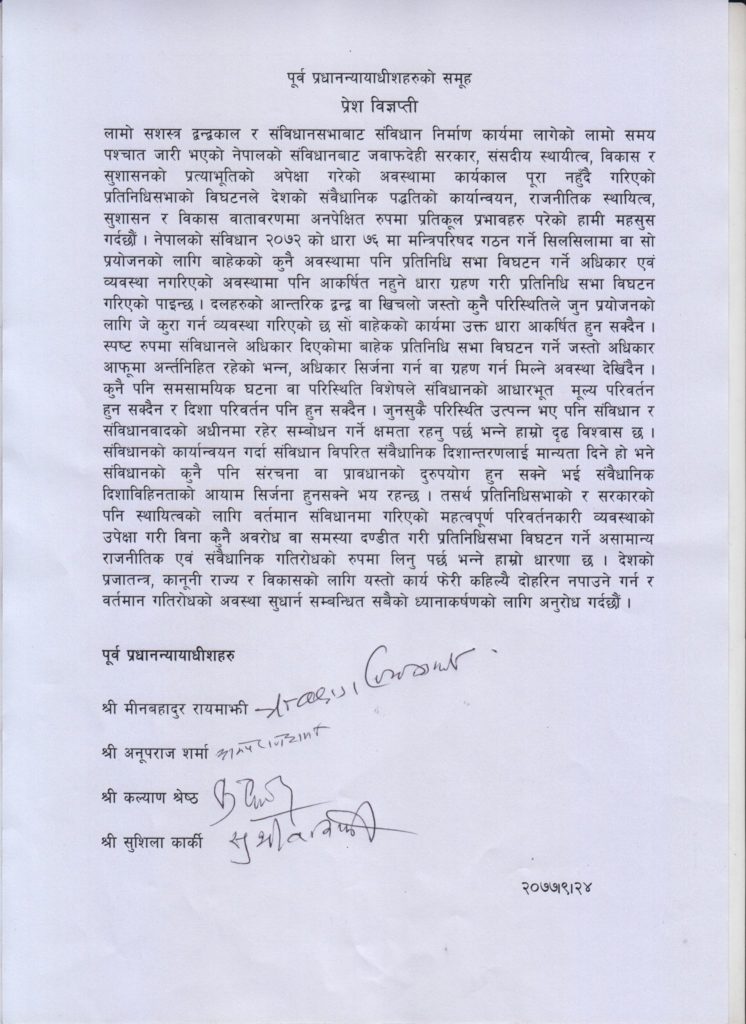