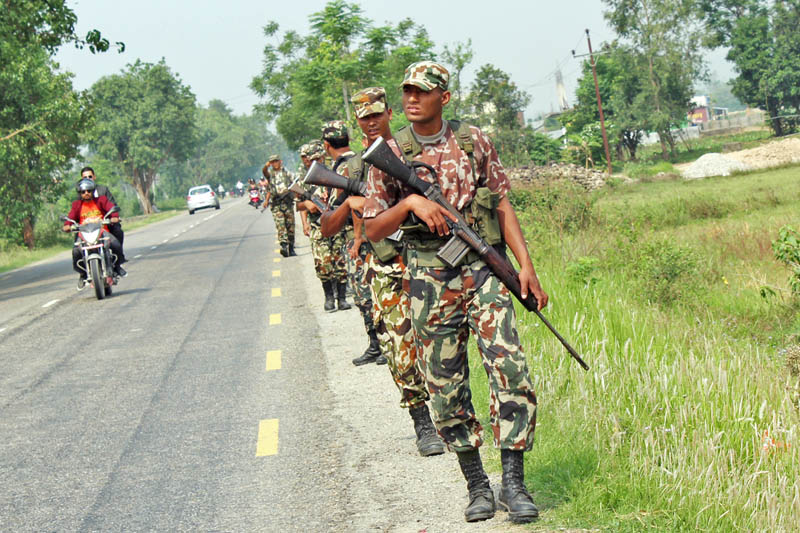 Nepali Army being mobilised to strengthen security for the upcoming local polls on May 14 in Susta of Nawalparasi district, on Thursday, May 11, 2017. Photo: RSS

KATHMANDU: The government has decided to change the structure of Nepal Army without altering its current strength.

A meeting of the Cabinet held at the Prime Minister's official residence in Baluwatar further decided to integrate 340 members of Nepal Army's Rastriya Sewa Dal (National Cadet Corps) into the national army.

Likewise, the Cabinet formed a three-member committee with to increase the number of local levels in Tarai districts, according to the government spokesperson and Minister for Information and Communication, Surendra Bahadur Karki.

The committee, headed by DPM and Minister for Federal Affairs Bijaya Kumar Gachhadar and with Defence Minister Bal Krishna Khand and Law Minister Ajaya Shankar Nayak as members, is assigned to submit its report in five days.

The government has committed to the agitating Madhesi parties to increase the number of local levels in Tarai districts before holding the local elections in the second phase on June 14.