Govt extends tenure of TRC, CIEDP by a year 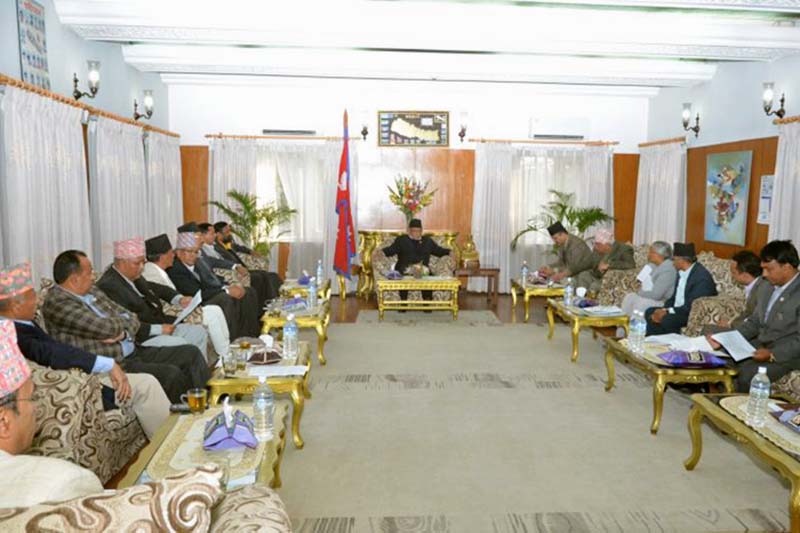 Prime Minister Pushpa Kamal Dahal among other ministers hold a Cabinet meeting at the PM's residence, in Baluwatar on Thursday, February 9, 2017. Photo Courtesy: PM's Secretariat
KATHMANDU: The government on Thursday extended the tenure of the Truth and Reconciliation Commission and the Commission of Investigation on Enforced Disappeared Persons by a year. An emergency meeting of the Cabinet held at the Prime Minister's residence in Baluwatar made a decision to this effect, according to the PM's Secretariat. The two commissions' mandates were set to expire on February 9. They were set up on February 10, 2015 for two years. Earlier, both the bodies had separately recommended that the government extend their term by a year. They were set up as a result of the Comprehensive Peace Agreement of 2006 between the government of Nepal and then CPN-Maoist to address accountability for human rights violations that took place during Nepal’s 10-year civil war. The Cabinet meeting, however, failed to make any other decisions though it was supposed to pick the new Inspector General of Nepal Police.
#Nepal Police #Cabinet meeting #Truth and Reconciliation Commission #transitional justice #Commission of Investigation on Enforced Disappeared Persons #CIEDP #TRC #PM's Secretariat #Cabinet deicision
You May Also like: