SC shot in the arm for Madhav Kumar Nepal

Tens of thousands of devotees from different parts of the country and from India, Malayasia and other countries flocked to Pashupatinath temple to offer prayers. All four gates of the temple remained open for devotees from 3:00am.

Pradeep Dhakal, member-secretary of Pashupati Area Development Trust, “Four doors of Pashupatinath temple were opened from 3:00am for devotees. Necessary arrangements had been made for devotees to enter the main temple premises through Battisputali-Gushala, Tilganga, Mitrapark-Gaurighat-Umakunda-Rudragadeshwor-Basuki and Jayabageshwori.”

PADT had arranged four lines — Mitrapark-Gaurighat-Umakunda, Jayabageshwori-Intapakha-Bhuwaneshwori, Battisputali-Gaushala Chowk and Airport-Tilganga-Sumargi Bhawan — for the devotees to proceed to the temple. 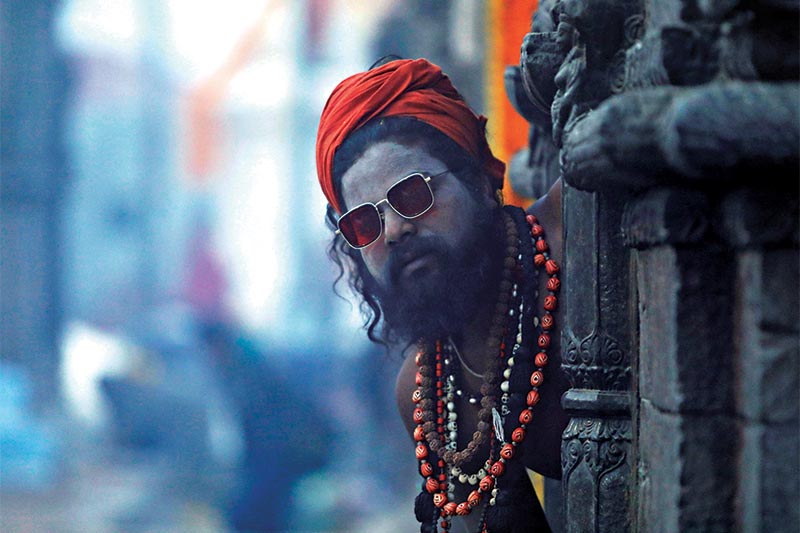 A sadhu looking through a temple on the premises of Pashupatinath temple during Mahashivaratri, in Kathmandu, on Friday, February 21, 2020. The festival is also celebrated during night by keeping a night-long vigil as it is believed that lord Shiva saved the universe from darkness and ignorance. Photo: AFP 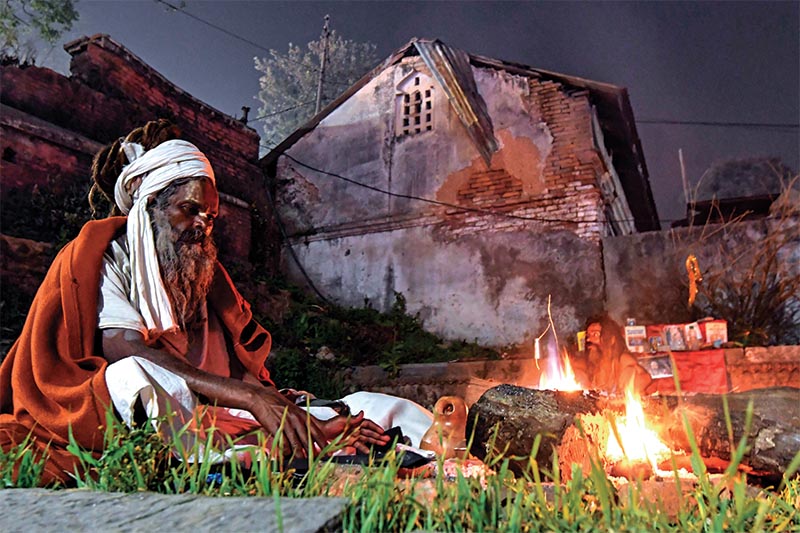 A sadhu sitting next to a bonfire near Pashupatinath temple, on Friday, February 21, 2020. The festival is also celebrated during night by keeping a night-long vigil as it is believed that lord Shiva saved the universe from darkness and ignorance. Photo: AFP

Hundreds of sadhus from various parts of Nepal and India were centre of attraction on the temple premises. PADT has expected to host more than one million devotees.

More than 6,000 security personnel from Nepal Police and Armed Police Force have been deployed to prevent any untoward incident during the festival. Around 5,000 volunteers from different organisations were also mobilised to provide security and service for the devotees.

Despite the government ban, youngsters were seen smoking marijuana and purchasing it from sadhus. Earlier, the Kathmandu District Administration Office had imposed a ban on sale, purchase and consumption of liquor, meat, marijuana and other psychoactive substances on the temple premises to maintain religious sanctity of the holy site.

The temple was decorated with electric lamps and colourful flowers. Emergency health camps, security posts, information centres and temporary toilets had also been set up for devotees.

#Pashupatinath Temple #Lord Shiva #Mahashivaratri
You May Also like: