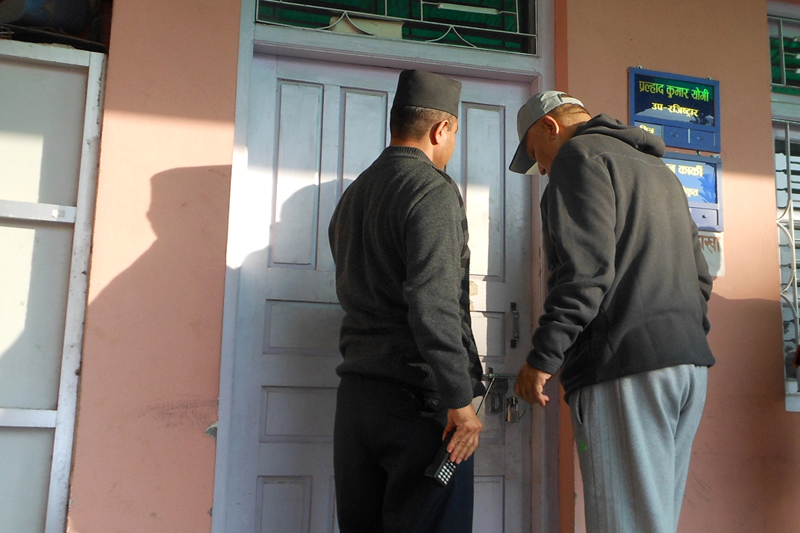 The suspended chief of the Commission for the Investigation of Abuse of Authority, Lok Man Singh Karki (right), visits the Supreme Court to attend a hearing against him, on Thursday, December 1, 2016. Photo: RSS
KATHMANDU: Two persons manhandled the Commission for the Investigation of Abuse of Authority Chief Lok Man Singh Karki by smearing his face with black soot while he was at the Court for the hearing. Police have arrested the duo, who have been identified as cadres of some Maoist party, while they tried to exit the court premises. Sources said they had chanted slogans mentioning "CPN Maoist" while they were arrested. Karki had reached the apex court today to attend the hearing on a case filed against his appointment at the anti-corruption constitutional body. Meanwhile, the court today began hearing on the writ petition filed against him by advocate Om Prakash Aryal.
#Supreme Court #CIAA #black soot #Lok Man Singh Karki #manhandlig
You May Also like: