KATHMANDU: The Trekking Agencies' Association of Nepal (TAAN) has repaired the main trekking route and constructed the truss bridge in Langtang.

The route and bridge were damaged in the Gorkha Earthquake on April 25, 2015.

TAAN completed the Rs 1.27 million projects in September, informed the organisation at a news conference organised on Tuesday. Langtang is the third most popular trekking area in the country.

The organisation also expected that trekking tourism would get improved with the repair and reconstruction of the trekking trail and the bridge, sending out the message to the world that tourism in Nepal is safe.

The German Alpine Club had provided 100 thousand Euros for the project called Restoration of Trekking and Transportation Trail in Langtang Valley. 10 per cent of the remaining cost of the project was met by TAAN mobilising its internal resources and local voluntary labour. 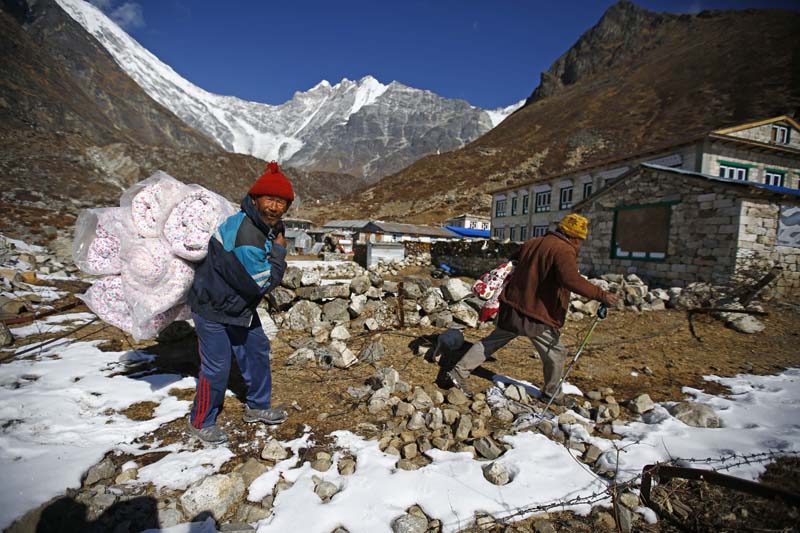 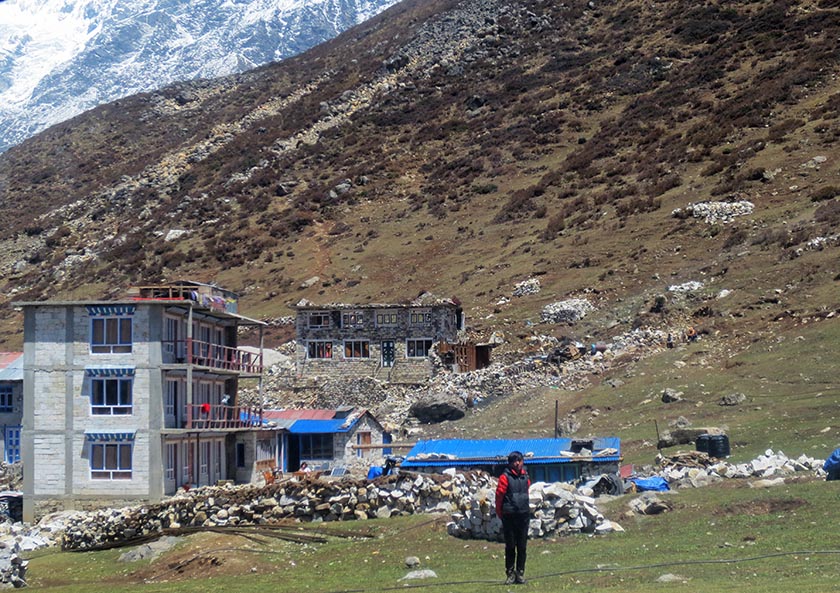 A man stands in an open space in Kyanjin Gumba in Langtang region of Rasuwa district in Nepal on April 25, 2016, one year after the devastating earthquake. Photo: Keshav P. Koirala

Eight thousand tourists visited Langtang last year and the number is expected to go up significantly this year, Gurung said.

According to him, the entire trekking route was divided into five sections and separate consumers committees were formed for the repair and reconstruction of each section. The route has been diverted at a portion between Chhunam and Ghoda Tabela.

Similarly, a 32-metres long truss bridge has been constructed along the trail at Chhunam at an altitude of 2,854 metres from the mean sea level.

A 13-member DAV delegation including eight journalists had reached Langtang to attend the inauguration ceremony.