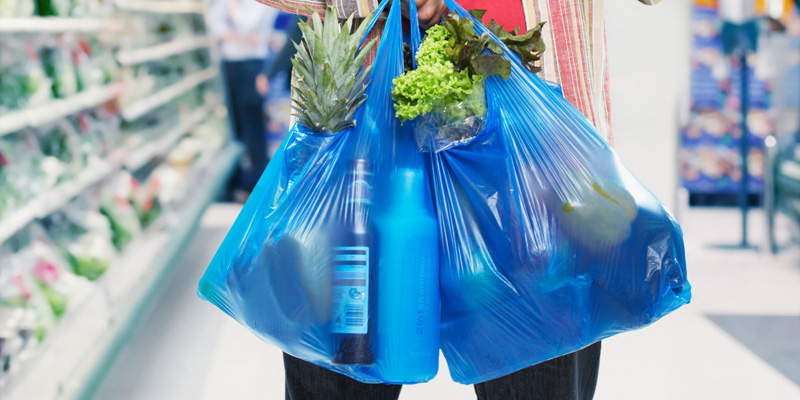 The Ministry of Federal Affairs and Local Development has issued a circular to the Kathmandu Metropolitan City, and all sub-metropolis and municipalities to implement the ban on plastic bags referred to in the budget speech for the fiscal 2016/17.

“Import, export, sales, distribution and use of plastic and polypropylene bags have been banned to eliminate the negative effects such materials on human health, environment and urban beauty.

Industries manufacturing such bags will be encouraged to get involved in alternative productions. For this, they will be exempted from value added tax and charged only one per cent customs duty on the purchase of machinery and equipment,” reads point 318 of the budget speech.

Stating that rampant use of plastic bags and deposition of waste in markets, roads and other places had caused adverse impact on public health, the Office of the Prime Minister and Council of Ministers had recently written to the MoFALD to implement the decision.

The MoFALD has asked the local bodies to enforce the ban on plastic bags under the existing laws, said a ministry official. The government has imposed a ban on import, storage, sale, distribution and use of plastic bags less than 40 microns thick.

Though the ban came into effect, many were found to be unaware of it.

A notice published by the Ministry of Population and Environment in Nepal Gazette on March 1 says that ‘a decision to this effect was taken by exercising the power conferred by Section 7(3) of the Environment Protection Act, 1997’.

According to the Department of Environment, the environment inspectors have given continuity to awareness-raising campaigns through media, postering and pamphleteering besides initiating legal action against persons, vendors, retailers and wholesalers found guilty of importing, selling, distributing and using plastic bags that do not meet the standards prescribed by the government.

If a person or organisation commits any act contrary to this Act or rules framed under the Act, they may be punished with a fine of up to Rs 50,000.

#Ministry of Federal Affairs and Local Development #Nepal gazette #Office of the Prime Minister and Council of Ministers #Ministry of Population and Environment #plastic ban #polypropylene bags
You May Also like: