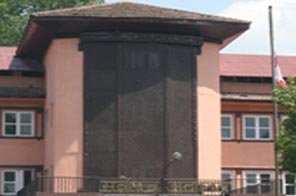 KATHMANDU: In a landmark verdict, the Supreme Court today directed the government authorities to formulate appropriate policy to maintain ‘informed consent’ relationship between doctors and their patients.
A division bench of Justices Bala Ram KC and Mohan Prakash Sitaula issued the verdict ending a decade-long dispute between Dr DB Shah and his client Srijana KC. The bench told the government authorities — the Prime Minister’s Office and Cabinet, the Ministry of Health and Population and the Department of Health — to formulate necessary policy within 18 months to make the doctors accountable towards their patients.
“Informed consent” is a condition whereby a patient is gives consent based upon a clear appreciation and understanding of the facts, implications and future consequences of the treatment.
As per the directive, the patients should be entitled to receive detail information from doctors in course of treatment. The doctors should provide detail description of the treatment, side effect of medicine and compensation if faulty treatment causes any damage.
Due to the doctor’s faulty treatment, Srijana has lost her eyesight and had her face damaged in 1999. Thereafter, she had moved the court seeking compensation from Dr Shah. However, after she won the case from the Kathmandu District Administration Office and Patan Appellate Court, Dr Shah had moved the apex court. The Supreme Court, also upheld the Appellate Court order to Dr Shah to provide compensation of Rs 617,000 to his patient Srijana.
In order to formulate the policy, the apex court also directed the government authorities to set up a committee under the specialist of the Ministry of Health and Population, members of which will be the representatives from the government-owned and private hospitals, foreign mission hospitals.
Amid growing instances of complaints against doctor’s negligence, the bench told the government authorities to formulate the policy to make them accountable for their patients. “Even nursing homes have been established in order to provide medical service to the common people. Therefore, they should also be brought under this policy,” the bench directed. It said that it was the right of the patients to get entire information about their treatment.
Dr Pushpa Malla, executive director, National Tuberculosis Centre, welcomed the verdict. “This is a positive development in the medical sector though such kind of events are rare,” he said. “This verdict will make both medical practitioners and patients accountable.”
He, however, said it would be difficult to provide detail information to clients due to workload and time.

#SC ruling on doc-patient relations
You May Also like: