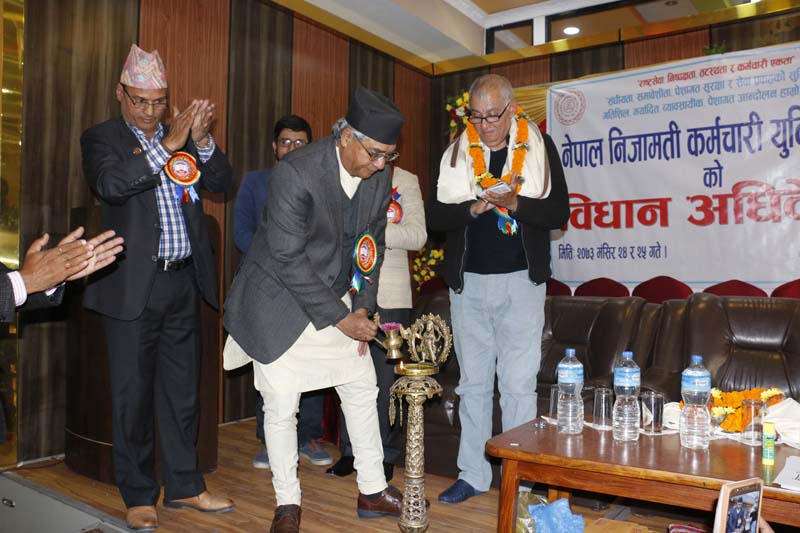 KATHMANDU: Nepali Congress President Sher Bahadur Deuba said nationality could not be strengthened without trusting the Madhes region that would make up half the total population of the country.

He also accused the main opposition, CPN-UML, of doing divisive politics in the name of Madhes and hills.

Deuba was speaking at the inauguration of two-day statute convention of the Nepal Civil Service Employees' Union (NCSEU) close to the NC in Kathmandu on Friday.

"They were former Prime Ministers Sushil Koirala and KP Sharma Oli, also the UML Chairman, who earlier signed a proposal to revise Province No. 5. But the protest by the UML against the Constitution amendment proposal at present means an attempt to play a politics of division in the name of nationality," argued the former Prime Minister.

He also stressed the importance of creating a conducive environment for civil service employees to discharge their duty freely.

On the occasion, newly elected President of Nepal Tarun Dal, Jitjung Basnet, informed that the Tarun Dal would launch a nation-wide campaign against extortion, hooliganism and corruption soon.

A total of 450 representatives including 127-member working committee of the NCSEA is scheduled to endorse the statute from the convention.