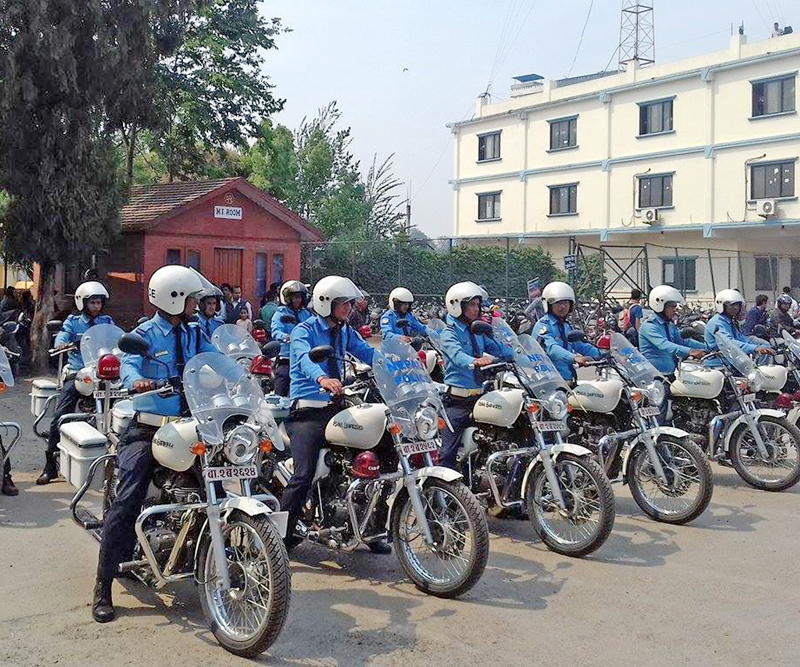 Kathmandu, April 10 As Nepalis prepare to welcome New Year 2073 BS, traffic police have announced special security measures to ensure that they have a great time with zero road accidents. DIGP Prakash Aryal, in-charge at the Metropolitan Traffic Police Division, said, “Though traffic police are always working pro-actively, security will be further stepped up across the Kathmandu Valley on Tuesday and Wednesday as figures of past years show that New Year’s Eve and New Year are likely to witness more accidents than normal days due to drink-driving, speeding and hooliganism.” The Kathmandu Valley had reported 90 road accidents during the New Year celebrations in 2070 BS followed by 60 in 2071 BS and 40 in 2072 BS. He appealed to the drivers not to drink and drive for their own and others’ safety. According to DIGP Aryal, additional police force will be deployed in more than 150 places of the Kathmandu Valley to catch traffic rule violators. “We will be on our toes to prevent any untoward incident during the New Year and will not remain a mute spectator to drink-driving,” he warned. The MTPD will be implementing an integrated security plan in conjunction with all three metropolitan police ranges. The MTPD will field more traffic personnel to man the roads in sensitive places to avert accidents. New Bus Park, Thamel, Jawalakhel, Singha Durbar, Satdobato, Kalimati, Chovar, Sukedhara, Thapathali, Gaushala and Koteshwor are identified as accident-prone areas in the Valley. Police have also warned of strong action against persons disturbing the peace on the pretext of New Year celebrations. According to the MTPD, many road accidents take place when the youths do not follow traffic rules in the name of celebration. Special teams and interceptors will also be deployed at major intersections to detect and prosecute violators.