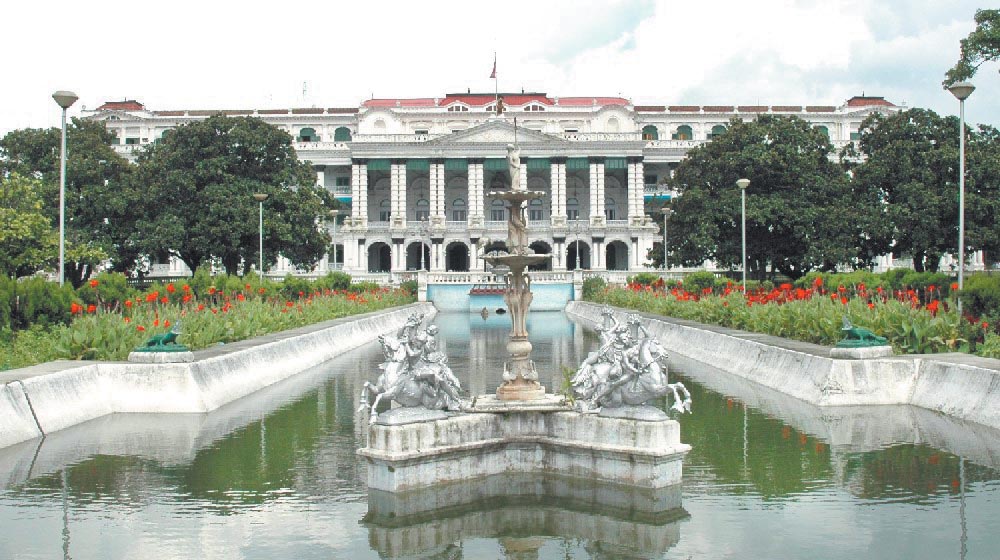 Singha Durbar. THT Online file photo
KATHMANDU: A meeting of the task force formed by the ruling and opposition parties to end the House disruption ended without making any concrete decision on Tuesday. The meeting was held at Singha Durbar. The issue of who should claim credit for providing relief money to the earthquake survivors has been creating a rift between the ruling parties and the main opposition party Nepali Congress (NC). Following the dispute, the ruling parties and the NC on Monday had formed the task force to settle the issue at the earliest. Krishna Prasad Sitaula, Prakash Sharan Mahat and Chin Kaji Shrestha of the NC, Subas Chandra Nembang and Bhim Rawal of the CPN-UML, Krishna Bahadur Mahara of the CPN Maoist Centre and Dilnath Giri of the Rastriya Prajatantra Party-Nepal are in the task force. The largest political force in the legislative body, Nepali Congress has been obstructing the Parliament meeting for the past few days demanding that the government provide a lump sum of Rs 200, 000 to earthquake survivors to rebuild their houses. READ ALSO Ruling, oppn parties form task force to end House obstruction
#Nepal earthquake #earthquake victims #Nepali Congress #Parliament meeting #parliament obstruction #House task force
You May Also like: