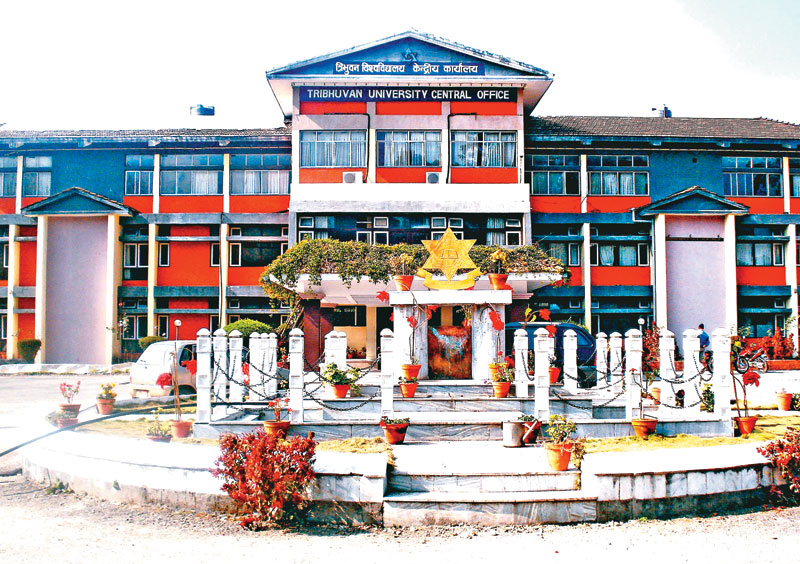 Tribhuvan University. THT file photo.
KATHMANDU:   The Tribhuvan University (TU) on Wednesday has held a discussion with chiefs of colleges in the Kathmandu Valley regarding the preparation of the Free Student Union (FSU) elections, scheduled for February 25. The discussion was held with chiefs of 20 campuses to conduct the FSU elections in an effective manner, shared TU Registrar Dilli Prasad Uprety. On the occasion, some campus chiefs viewed that it was not possible to conduct the FSU polls with the campuses being padlocked in protest of some election provisions by students. However, the TU administration has assured the campus chiefs to create environment for the FSU polls, Upreti added. The TU administration, earlier, had held a discussion with the government, political parties and student organisations on the same. The FSU election process had started on Monday. But, only 35 out of 60 campuses have initiated the process, he further informed. According to the election schedule, the candidacy forms are being distributed from today. The TU is conducting FSU elections after eight years, adopting the mixed electoral system, which includes first-past-the-post and proportional representation election systems.
#TU #Tribhuvan University #Free Student Union #FSU #Nepal students election #Dilli Prasad Uprety #TU administration
You May Also like: